Browse: Home   /   Post-election reflections: how the Tories wrecked the economy and why Labour couldn’t take advantage 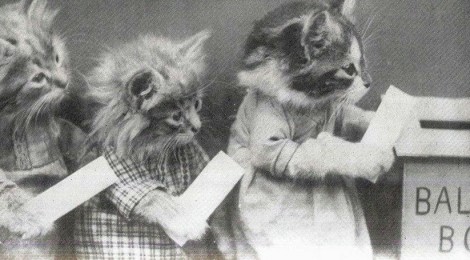 Post-election reflections: how the Tories wrecked the economy and why Labour couldn’t take advantage

AFed / 01/07/2015 / Comments Off on Post-election reflections: how the Tories wrecked the economy and why Labour couldn’t take advantage / Analysis

An Anarchist Federation member gives a breakdown of the current UK economic situation and how no political party can hope to save it.

Now the election is over, it seems time to take stock of the last 5 years. A lot has been written about the horrific social reforms of the Tory-Lib Dem coalition government, on tuition fees, workfare, sanctions, privatisations and cuts – but the mainstream analysis, and public opinion, seems to be that for all that the Tories were at least competent from a macroeconomic perspective. This couldn’t be further from the truth.

Deficit
Let’s start with the deficit, the conservatives’ preferred measure of the success of the government. When the previous coalition government came to power in 2010 the deficit stood at £153 billion and public sector debt around £1 trillion. In his first year George Osborne pledged to elimate the deficit by 2015. At each subsequent budget this promise was slowly relaxed, so that by the time of the most recent election campaign the Tories were boasting of having reduced the deficit by half (as a percentage of GDP, the deficit will be around £90 billion this year, a reduction of around 40% in nominal terms). The Office of Budgetary Responsibility (OBR) now predicts the deficit will be eliminated by 2018, though other predictions are less optimistic.

Of course when bonds are as cheap for the government as they are today (a ten year gilt pays around 2% interest) reducing spending this quickly is almost certainly a bad idea, purely from an economic perspective – let alone from a social one. Indeed, although you wouldn’t know it from most of the media coverage, the treasury itself accepts that the Tories’ original plan was a failure; although punitive social reforms continued, austerity per se was put on hold in 2012, though is likely to return with a vengeance in the coming years.

Growth
Although most of the media won’t inform you that austerity was delayed, they will be quick to trumpet its success, usually in terms of restoring GDP growth.
The normal narrative is that although Labour profligacy/the Global Financial Crisis led to a deep recession, austerity has been justified by a return to growth in the final years of the previous parliament. GDP is back above the pre-crisis peak and is on the rise.

The truth is that rises have been mediocre by historical standards. In 2014 GDP rose by around 3%, around average for the post-war period but lower than would be expected for a “strong recovery”, whilst in the last few months GDP growth has fallen again.

Even that growth is in fact simply a reflection of a growing population. Real GDP per capita, remains around 1.5% below the pre-crisis peak and is not expected to overtake that level until next year, a full 8 years after the crisis.

Productivity
Fundamental to long-term growth is productivity growth – the ability to produce more goods and services with the same labour input. Productivity in the UK has fallen off a cliff since the crisis. GDP per hour worked is 27% lower than in France and even worse when compared to the G7 average excluding the UK.

The “productivity puzzle” is a key point of discussion in economic circles, but barely registers amongst politicians or the political media. Whether this is a reflection of cyclical factors from the crisis which will disappear by themselves, or of longer term secular (and global) trends remains an open question, but one of pivotal importance for economic prospects.

Unemployment
Lower productivity can be partially explained by higher employment in the UK. Unemployment has fallen considerably from its peak and is lower than in much of Europe. But underemployement is still high: people may have jobs, but many of them are part-time and around 3 million people, or around 11% of the workforce, currently work fewer hours than they want – by an average of around 11 hours per week. Workfare schemes also reduce the official employment statistic and may be contributing to low productivity.

These caveats aside, total hours worked has risen, so let’s examine the unemployment-productivity hypothesis. The theory goes that rather than fire employees and increase unemployment, companies instead held on to workers and, as demand, and hence output, fell, so did productivity – lower output with the same workers means lower output per worker. This fits the macroeconomic data, to a degree, but does it fit with anyone’s subjective experience? Who feels like they’ve had less work to do while at work over the last five years? And why would companies in the UK, with it’s far more ‘flexible’ labour market (for which read precarious, casualised and lacking labour protection), adopt that policy compared to other countries?

Wages
Regardless of the reasons for higher employment, capital has nevertheless found ways to reduce costs, primarily by simply paying us less. Real wages have experienced their longest continual fall in decades. From January 2010 to January 2015 average weekly earnings (excluding bonuses, which are negligible for most workers) fell in real terms every single quarter (using RPI to measure inflation). This year wages have finally started to edge up, however even this is due almost entirely to falling inflation rather than higher nominal increases.

If we consider the way in which headline inflation numbers, whether CPI or RPI, mask the problems of inequality, the impact is even starker. Inflation for essentials such as housing, food and energy has been much higher than for electronics or clothing – so disposable income for people on low wages has fallen even further than average real earnings suggests.

Private Debt
It should be no surprise that with falling wages private household debt has increased for many people. The government and the media like to talk about public sector debt, but the flip side to that equation is private debt, both corporate and household. One party’s liability is another’s asset. If the public sector reduces its net debt, someone else is probably increasing theirs.

Another early claim of the previous government was that “export-led growth” would power the UK out of recession. Rising exports and a positive current account for the UK would mean government debt could be reduced without burdening the UK population (though at the expense of people elsewhere). Osborne wanted exports of £1 trillion a year by 2020. Currently exports are around half that, and would have to grow by over 10% a year to meet his target. In 2012 they grew 0.5% and in 2013 just over 2%. The UK’s trade deficit (export minus imports) is staunchly negative and the current account deficit(which also takes into account capital transfers) is at a record high. An export-led recovery seems a long way off.

So how does Osborne plan to grow the economy? if not by exports and not by government investment. An examination of the OBR projections shows that household debt is expected to expand by nearly £800 billion over the next 5 years – to put that in perspective that’s over £30,000 for every household in the UK. Largely that debt growth will be in “secured debt”, mostly mortgages, but unsecured debt is also expected to grow by £239 billion. So pray house prices keep increasing by 6% a year, fuck anyone who can’t afford that and saddle them with more credit card, student and personal loan debt. A sustainable future.

The Alternative
Given the perilous state of the UK economy and the dire projections for the years ahead, Labour should have achieved a landslide. But instead of presenting a clear critique of the Tories, they vacillated presenting a few token suggestions on rent control and taxes but refusing to tackle to central logic of austerity, pleding instead to continue the cuts and ruling out reversing any measures for Osborne’s budgets.

Labour lost because they have no alternative, they have no solution to falling productivity or secular stagnation. A real “export-led recovery” would mean competing with East Asia and require currency deflation and further real wage cuts. Autarky, or self-sufficiency, and re-industrialisation is barely possible in a world of global logistics and freely movable capital and would in any case require its own form of severe austerity for many years. A return to post-war compromise social democracy is no longer possible. Capitalism is reverting to type, revanchist, openly hostile to the working class, highly unequal and crisis prone. A real movement to abolish the present state is necessary if we want a different future.