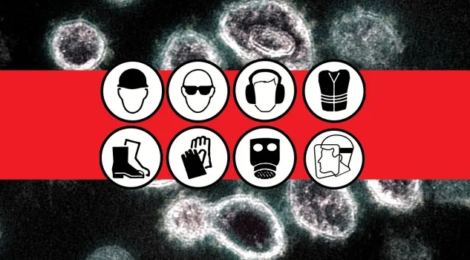 This article is published in Organise! 93 and was written just before the second lockdown in England.

As we approach 9 months since the first confirmed case of Covid-19 in the UK and a little over 7 months since the government started to take it seriously, most of Europe is gripped by the predicted resurgence of cases, hospital admissions and fatalities. The Conservative government acted late and dropped restrictions quickly in favour of getting ‘back to work’, now that has been reversed it is predominately working class people who are paying the price. With an economy greatly built on services and consumerism, a lot of which has stalled, those of us with jobs in hospitality, entertainment or shops who cannot work from home have relied on the Furlough Scheme, Self-Employment Support Scheme grants and other measures to keep money coming in. Of the  companies that are still running, many are doing so with some workers on furlough, or have already made lay-offs. As a result, some workers are on lower pay, unemployment is rising overall and many households are feeling the pinch.

The neoliberal ideology that is rife within the Conservatives has been challenged by capitalism’s need for a propped-up real economy, while the Party cannot bring itself to give more to local councils many of which are Opposition controlled, especially in the cities. This has been disastrous for the tackling of the pandemic; with a highly inefficient track-and-trace in the hands of a centralised system run by a mishmash of private companies and most recently we have witnessed the Government’s brutal approach to ‘negotiating’ council financial support within the Tier system.

Even while a laissez-faire attitude exists, the state is having to accept that many more people are at risk of poverty, including core voters and some that the Tories wooed in the last General Election, including those areas that had suffered under Thatcher and then became disillusioned with Labour. The Government has temporarily increased Universal Credit entitlement by £1000 until April 2021 and removed the minimum income floor until next month (13th November). Housing benefit has also been changed to reflect current rents which have increased hugely in London over the past decade. This said, UK welfare support for workers is still low compared to many rich countries and even if all this was made permanent it would not reverse the cuts in benefits over the last 5 years, and the ending of temporary increases will cut incomes by 13% if and when the measures end, according to the Institute for Fiscal Studies.

The more neoliberal end of the Tories are clearly squirming from all of the public spending and this must be part of the reason for so much media time being spent on the ludicrous ‘let it rip’ idea for the pandemic, propagated most recently by a right-wing libertarian-sponsored ‘Great Barrington Declaration’. If allowed to happen for a magical goal of herd immunity in young workers, the virus would more likely infect thousands more vulnerable people through community transmission and leave others, including younger people, with the health effects of Long Covid and could even lead to more dangerous strains of the virus developing before a vaccine is found.

The next few months are full of uncertainty which is not surprising as the virus is getting more out of control, not only in UK but across the world. In Europe and the Mediterranean, overnight curfews of the like not experienced since WWII, have been introduced or extended in France, Greece (including islands and Crete), Italy, Sicily, Cyprus and most recently, Spain.

The AF has been meeting with our comrades in the International of Anarchist Federations to analyse what anarchists can say and do about the situation. There are good examples of mutual aid which have been talked about elsewhere, including in the UK with examples including Green Anti-capitalist Front’s squatted social centre in London, GRASS, that adapted as a mutual aid centre, and Bristol’s ‘BASE and Roses’ initiative that is delivering over a hundred each of food boxes and cooked meals to people in need in working class communities, this only highlighting the wealth inequalities mentioned above.

It is clear that much of the room to make a difference depends on the State you’ve Got as we wrote in  Organise! at the start of the pandemic. For example, Slovenia has seen waves of public protest during the pandemic and the Federation of Anarchist Organising has been influential in challenging the lockdown by means of physically-distanced cycle protests earlier this year, and then getting feet on the streets in mass demos, helping to ensure that any anti-quarantine  position is not given over the ‘antimasker’ right-wing or conspiracy-mongers. Another important question for anarchists is one of borders, internal as well as nation state ones. Who would have thought we’d have border controls between England and Wales in addition to the mess Brexit is creating between the North and South in Ireland? Similar regional border controls were evident in Italy in the early parts of the pandemic. Countering the threat of internal borders is in addition to the need for solidarity with migrants from further afield. Keeping ‘No Borders’ thinking alive is important to counter the rhetoric of the right which tries to embed the idea of migrants spreading diseases and appeals to a patriotism where  assumptions are made about who is in and who is not welcome amongst its intended audience.

In Latin America our IFA comrades are reporting on continued state-sanctioned grabs of indigenous people’s land, which are seen as a way out of poverty by farmers in rural areas, especially in Brazil but also due to mining operations in Argentina. There are some gains too though. In Mexico, Zapatista communities have been tackling Covid with Autonomous Clinics. Anarchists in self-organised community groups are distributing masks, food and medication in São Paulo favela areas. Elsewhere in Argentina agricultural and workers’ co-operatives which formed during class struggle in the 2000s are finding a place in supporting local communities during the pandemic.

We know the rich have hunkered down with their assets and cash waiting for the new ‘opportunities’ afforded by the crisis, while some such as the online giants are doing well out of the pandemic. While we look forward to what lies ahead with a lot of uncertainty, we do so with the knowledge that any new normal should not be capitalist business as usual.