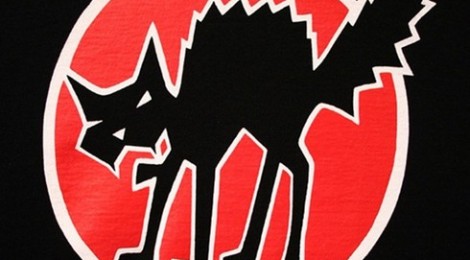 The Working Class Needs Who?

Dave Pike is the new general secretary of the Industrial Workers of the World (IWW, aka the wobblies or the wobs) and he has a mission. Touring the UK under the slogan “The Working Class Needs You!” he is hoping to get people to join the IWW.

Rather than review what Dave has to say (I highly recommend getting down to his tour and hearing what he has to say for himself), I want to examine whether anarchists should join the IWW in order to undertake their workplace agitation.

The answer for me lies in looking at what the IWW is and make any decision based on the tactical use of the IWW and its influence on class struggle.

One attractive thing, especially to anarchists, is the idea that the IWW is a “grassroots” and “democratic” union that is “led by the membership”. However claims of this type can’t be taken at face value, as they are made by all unions in Britain.

Let’s be perfectly clear: the IWW isn’t, as some romantic notions have it, an anarchist union. Even though it has a high number of anarchists in its ranks it certainly isn’t structured in a federal fashion.

The IWW in Britain has branches electing delegates to a national council for a one year term. These delegates do not go into the role with specific mandate on issues and so while they are supposed to represent their branches views, there are few checks on this.

Going beyond the UK there is a centralisation around North America. IWW HQ is still seen as the Chicago office, and when discussion of organisation-wide activity takes place the lack of federal structure means that certain regions and certain voices dominate. In terms of on-the-ground struggles here in Britain it is good that we have a means to communicate and learn from struggles in North America, but in terms of many of the decisions being taken, they might as well be talking about activities taking place on the moon.

In general there is higher awareness and consideration of self-organisation and following directly democratic principles, however on a structural level alone there should be the a wariness about the IWW in a similar (though somewhat reduced) way that that most anarchists approach the general trade unions.

While the structure may not be ideal, the preamble to the constitution of the IWW is bang’n! Ending the wage system, fighting capitalism, and class struggle all play a predominant role.

Unfortunately there are no checks upon whether a new member actually agrees with, or has even read, this blurb. This has led to at least one boss joining the IWW and being booted out once the mistake came to light. There is nothing stopping people joining and treating the IWW just like any other union, making the revolutionary rhetoric all for nothing.

To be clear, I’m not talking about creating an ‘ideologically pure’ membership, or making sure everyone is doing the same things, but anyone going into the IWW should be aware that there are some unresolved questions over what most people would see as fairly core practices and objectives. This includes:

Any one of the issues above can divert the time and attention of active members of the union.

While some of the conditions of these internal struggles are a favourable to anarchists at the moment, many of them are not, and worse yet most can drag us into fight over an organisation rather than just getting on with the struggles at hand.

These questions are not just abstract theory, but have led to serious divisions between the membership, the IWW
becoming a target for entryism, and are reflected in Dave Pike having recently joined the Labour Party!

There is even disagreement within the IWW as to the meaning of one of its key slogans – that members are building towards the One Big Union (OBU). The ideology of the OBU is to build a single large organisation that the working class join in order to fight capitalism. This stands in contradiction to more typical anarchist conception of class struggle, where class solidarity is built up through the struggles of autonomous groups building bonds of mutual aid and solidarity in shared struggles.

This does not mean that IWW branches can’t be part of this kind of struggle, or that they couldn’t be a place where we can learn the skills, build our collective confidence, and gain a better consciousness of our class position, but it does mean that the ideas of OBU can become an ideological lens which misdirects our energy and shifts our focus away from revolutionary goals.

Should the IWW lose its radical edge, the OBU would immediately face the issue of being too small to act as a service union. We already have the GMB, Unite and any number of other unions taking that role. To prevent this turn away from radical anti-capitalism means weighing up the worth of that time and energy being diverted from other activities.

Where members of the IWW don’t take the idea of the OBU as a literal single union, but more as an analogy for how all working class struggles are linked and should fought together in bonds of class solidarity, we have another conundrum. The role of the IWW in this way of thinking is to create industry-wide networks of radical workers who will act as a radical minority and help facilitate mass activity in times of struggle.

The down-side to this is that, as previously mentioned, the IWW lacks enough internal cohesion in outlook for this to take place. Unlike something like AFed or SolFed, where members consider themselves part of a radical minority and put in place structures to prevent them from substituting the organisation for the class struggle, the IWW does not do this. If membership is as simple as filling in an online application form, then what is making these networks radical? And if members start to form their own networks based on political persuasion, then how is this informal hierarchy going to be addressed?

So, should anarchists join the IWW at all? Well, if it is of material benefit to furthering class struggle then I’d say yes.

And it is here that the IWW can be worth-while. It has the ability to provide the kind of training and radical solidarity that we might otherwise lack, especially at a time where the mainstream unions are just trying to flog you cheap insurance while keeping the bosses true to their word (and nothing more).

The IWW is able to win fights with the bosses that might not have even been taking on without them.

The workplace organiser training can build up the confidence for people to take action where they would otherwise have felt like there were no options. It can also impart the ability to pick competent lines of attack. Involvement in struggles, either those we personally face or when giving our solidarity when asked, is the way in which we expand our class consciousness and even start to foster a revolutionary consciousness in ourselves.

However, it is in the area of raising class consciousness that I feel anarchists should be most critical of the IWW. The substitution of the OBU for the class struggle is something that isn’t just of concern in revolutionary times, but also in our struggles today. Energy that could have been put into building resistance at the points of our lives where we are most heavily exploited are instead poured into a structure that is ill-equiped to produce the outcomes we are hoping for. In the words of Rudolph Rocker:

“But for a movement whose very existence depends on prompt action at any favourable moment and on the independent thought and action of its supporters, centralism could but be a curse by weakening its power of decision and systematically repressing all immediate action.”

In this respect an anarchist would do better to dust off their little red songbook, grab a copy of the Wobblies graphic novel then go join an anarchist-principled revolutionary organisation. That said, if the wobs are close at hand and would help take the fight to the bosses, then I’d go for it, but I’d do so wary of the internal pitfalls.