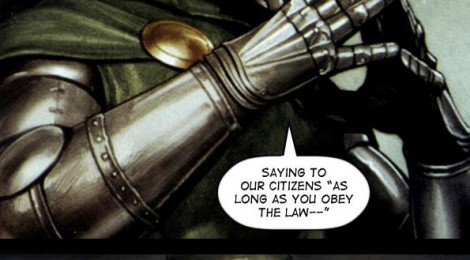 May’s general election saw the Tories claim ‘victory’ with just 24% of the population voting for them. The result isn’t even based on public support or enthusiasm towards the Tory party, but rather disillusionment with the fact that none of the political parties are offering any alternative to neoliberalism and austerity. A YouGov poll found that the public strongly prefer that services such as the NHS, energy companies, rail companies and the Royal Mail should be run in the public sector rather than the private sector (revealingly, this was true even of most UKIP voters).

However, the Labour party has shown no interest in responding to popular concerns over privatisation. Three of the candidates in the Labour leadership race – Andy Burnham, Yvette Cooper and Liz Kendall – have shown themselves to be even more pathetically bland, right-wing and spirit-crushing than Ed Miliband was. Although Jeremy Corbyn (a seemingly more left-wing candidate) managed to reach the minimum number of nominations for the labour leadership race (as have Burnham, Cooper and Kendall), Burnham has the greatest support from MPs. Liz Kendall actively supports the Tories’ plans to lower the annual welfare cap, while Burnham and Cooper have declined to express any opinion on a policy which will affect the lives of working class people across the country. Despite this, the mainstream unions continue to funnel money into the Labour party, rather than into a strike fund where it belongs.

As the Tory party ram through their austerity programme with no popular mandate, and as Labour politicians refuse to represent the people who vote for them, the state will continue to do what it sets out to do – hammer the working class on every front. Workers today are facing the longest cumulative decline in real wages since records began in 1864. Rent increased by 12% under the coalition, and will likely increase further under a full-blown Tory government. Unemployed people, especially disabled people, are facing a brutal regime of workfare and benefit sanctions which has forced almost a million people onto food banks and driven people to suicide. Meanwhile the richest sectors of the population – which the government is really answerable to – have enjoyed a healthy rise in income.

Popular resistance to this has been prevented in two ways – first of all by policing and mass surveillance, and secondly by trying to divide our class, scapegoating immigrants and benefit claimants. Normally, politicians attempt to mask their authoritarian values behind more creative language, or even pretending that they are just like ordinary people (for example, by making sure that they get photos near nurses and construction workers, or with a pint in a pub). However, David Cameron’s recent horrifying statement that, “For too long, we have been a passively tolerant society, saying to our citizens, ‘so long as you obey the law, we will leave you alone’” is so nakedly authoritarian that it may as well have been said by a fucking comic book villain.

While funding for public services is continually slashed, money and resources are poured into mass surveillance programmes, such as GCHQ’s Tempora, which involves monitoring phone calls, emails, browsing history and social media activity. Theresa May recently proposed a Draft Communications Data Bill (nicknamed the Snoopers’ Charter), which would expand on Tempora by making it a legal requirement for WiFi providers and mobile phone companies to keep records on users’ activity for at least a year. The growth of the surveillance state will likely expand further in the next few years to combat popular resistance to austerity.

The state has also attempted to prevent popular resistance to austerity by whipping up racism, blaming migrant workers rather than bosses for the colossal wage decline that working class people are facing. Some people claiming to be on the left have even shamefully blamed the working class for the rise of the far-right, rather than institutionalised racism within capitalism and the state.

The state’s inherent racism and bigotry has shown itself on multiple occasions, such as in the horrific story of an Albanian man with a brain tumour being taken directly out of intensive care and into a prison cell for immigration ‘offences’, still wearing his hospital gown and slippers. Earlier in April, the British state allowed 700 migrants – human beings – to drown in the Mediterranean.

The situation at present facing our class is absolutely dire. Too dire for us to wait until the next election, or to wait for a saviour to come and help us – whether that’s Owen Jones, Russell Brand, or whatever ‘Thatcher of the Left’ people are waiting for. We cannot afford to wait. We have to fight for ourselves and to gain control over our own workplaces, our own homes, and ultimately our own lives. The multi-billionaire owner of Cartier, a luxury jewellery company, recently stated that the fear of the working class rising up against the rich keeps him awake at night – and he’s right. If we continue to agitate and build up stronger networks of solidarity and resistance, not a single capitalist will sleep a wink.