Browse: Home   /   Russell Brand is a wanker and all cops are bastards 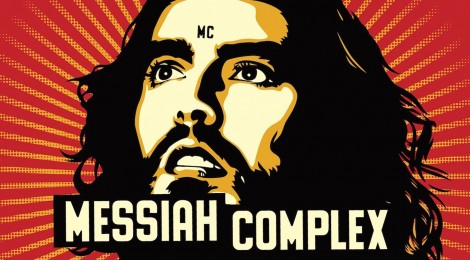 Russell Brand is a wanker and all cops are bastards

This morning, a video has been doing the rounds on facebook where Russell Brand calls on the young working class to #lovethepolice and implores us to take to the streets to defend cops *boak*

His argument is that they are just “ordinary working people trying to do a job” like everyone else. In return they don’t get paid overtime normally, they are feeling unhappy about being outsourced to Securicor and G4S (poor diddums), and that the way forward is to help push for them to be able to form a union. He refers to them as “our police” and refers to a time where police were integrated into our communities. This outlook comes, he says, comes from having talked with lots of police (perhaps while being called a turncoat and told to “fuck off back to Miliband” at the weekend?), taking inspiration from the Situationists (???), all before butchering N.W.A.’s Fuck tha Police.

The truth is that police were never part of our communities in the first place and have always been (as Russell puts it) the “henchmen of the establishment”. There is a world of difference between working for a living and enforcing the laws created by the ruling class to maintain power over us. Police are the physical protection of private property and so ensure the theft of wages from billions of workers, the incarceration of millions inside of jails, state sanctioned murder, starvation, poverty… the list goes on.

The truth is we don’t need the police. We can focus on systems of justice that do not focus on punishment or detention. This will require the complete reorganisation of society – a social revolution.

Russell Brand is a wanker and all cops are bastards.

Tags: acab, police, Russell Brand
← [REPOST] Activists Fought with Riot-Cops to Try and Save an Immigrant from Detention
[REPOST] Google Chrome Listening In To Your Room Shows The Importance Of Privacy Defense In Depth →
Posting....
Skip to content