Browse: Home   /   [REPOST] Google Chrome Listening In To Your Room Shows The Importance Of Privacy Defense In Depth 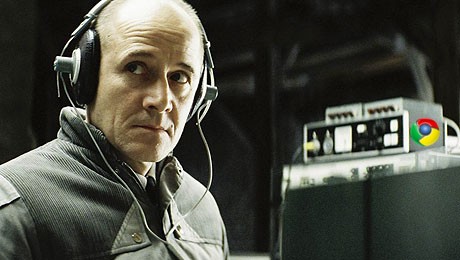 1) Yes, we’re downloading and installing a wiretapping black-box to your computer. But we’re not actually activating it. We did take advantage of our position as trusted upstream to stealth-insert code into open-source software that installed this black box onto millions of computers, but we would never abuse the same trust in the same way to insert code that activates the eavesdropping-blackbox we already downloaded and installed onto your computer without your consent or knowledge. You can look at the code as it looks right now to see that the code doesn’t do this right now.

2) Yes, Chromium is bypassing the entire source code auditing process by downloading a pre-built black box onto people’s computers. But that’s not something we care about, really. We’re concerned with building Google Chrome, the product from Google. As part of that, we provide the source code for others to package if they like. Anybody who uses our code for their own purpose takes responsibility for it. When this happens in a Debian installation, it is not Google Chrome’s behavior, this is Debian Chromium’s behavior. It’s Debian’s responsibility entirely.

3) Yes, we deliberately hid this listening module from the users, but that’s because we consider this behavior to be part of the basic Google Chrome experience. We don’t want to show all modules that we install ourselves.

If you think this is an excusable and responsible statement, raise your hand now.

The idea of a corporation installing spying software on millions of machines without any notice sound like the plot to a dystopian novel or something the Stassi would have got up to given the chance, but that is exactly what Google have done. Capitalist interests have run rough-shot over the open-source checks and balances to loom at code. Google will abuse this feature, make no mistake.