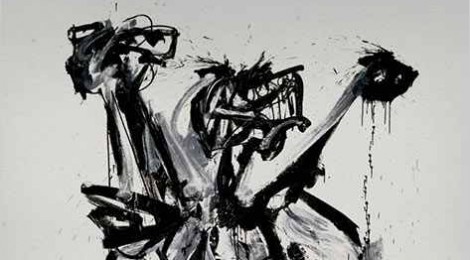 This book starts from the premise that an awful lot of post-civil war Spanish culture has been ignored by the rest of the world because it originated in Spain itself. The writers, filmmakers and artists under Franco were seen by many as tainted by the regime, their art compromised in order to impress the censors, and therefore were not as valued as the work of the literary exiles living abroad. Those who stayed in Spain were judged to be either Francoists themselves or willing to accept the censorship of the regime.

Treglown quite correctly points out that Franco’s regime lasted nearly 40 years and so many artists who were working in the 1960s and ‘70s were born under his rule, in time and it could be argued that they had little choice in the matter. Even immediately after the civil war there were still Republican artists who managed to produce work that either passed censorship or which was published abroad and distributed in Spain through underground bookshops. The level of censorship also varied during the regime, becoming less strict in the later years when a number of social-realism style films were produced to highlight urban and rural poverty.

One particularly interesting case of censorship highlighted by Treglown is that of Luis Buñuel, co-writer and director of Un Chien Andalou. Buñuel worked as a spy for the Republic and produced propaganda films during the war and eventually left Spain for the USA where he worked at MoMA in New York until he was fired during the McCarthy era for his communist links. Buñuel returned to Spain in 1961 when censorship was being relaxed and co-wrote and directed Viridiana. The film passed Franco’s censors and went on to win the Palme D’Or at Cannes. And then the embarrassment began. The Vatican saw the film as a satire of authoritarian Catholicism and condemned the film, leading to a hasty blacklisting in Spain. The story serves to show that although censorship existed, it was still possible to get subversive material out, particularly as the censors were often dealing with abstract and surrealist works whose meaning was open to interpretation.

The central thesis of the book, that Spanish culture lived on through the Franco regime, is hard to deny but in attempting to assess the impact of the regime Treglown makes some odd decisions in terms of which topics to discuss. In the first half of the book he covers themes that have had an impact on Spanish cultural identity and collective memory. For one of these themes he chooses Franco’s dam building programme which brought irrigation and hydro-electric power to many parts of the country. Treglown focusses on the cultural effect of the programme on the displaced villagers who made way for the new lakes and reservoirs; a group that represented a very small proportion of the rural population. Given that only a few topics are considered in the book this seems a strange choice given that dam building was hardly a feature exclusive to Franco’s regime – similar reservoir building was occurring in Devon and Cumbria in the UK around the same time.

The attempts to find Franco’s mass graves and identify bodies in order to give those individuals proper burials are covered in detail and through this we get a sense that Treglown, and many of the Spanish people, are trying to move on from the years of the regime. Given, however, that the book is a study of culture since 1936 there appear to be some glaring oversights. After spending much time on villagers displaced by dam building, it seems strange to not cover some Francoist policies which had a massive impact on Spanish culture, namely the attempt to stamp out regional identities. No space is given to the suppression of Catalonian or Basque language and culture, the resistance against this or indeed any armed resistance which occurred throughout the regime.

Overall the book seems flawed in the aspects of Spanish cultural life explored but it covers some interesting ground: the projects to discover Franco’s mass graves and the yearly commemoration of his birthday which still goes on at his crypt are two examples. The second half of the book gives short reviews of key books, films and works of art which would be useful to anyone wanting to approach modern Spanish culture. Treglown, however, seems to gloss over some of the more radical parts of Spanish culture and goes so far to say that anarchism was an ideology that appeals ‘to the lazy as well as the rebellious and individualistic’. When anarchism has been such a strong force in Spanish cultural life for over a century, this seems like a deliberate attempt by the author to downplay the influence of a group he does not agree with.

Tags: Franco, Jeremy Treglown, publications
← [Repost] This Is Not Our Victory
Austerity & Debt: An interview with Kim from Critisticuffs →
Posting....
Skip to content