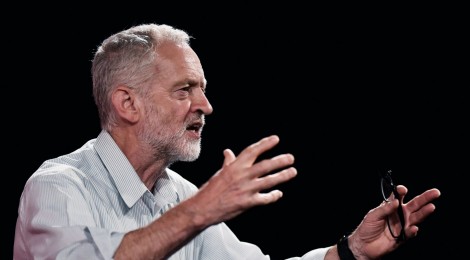 [Repost] This Is Not Our Victory

Today saw the election of North Islington MP Jeremy Corbyn as leader of the UK Labour Party. His remarkable leadership campaign attracted a storm of near-hysterical criticism from both established Labour figures and the right-wing press, but gained considerable support from across the UK left. From major trade-unions to Trotskyist sects, Corbyn succeeded in uniting a broad swathe of the established left, as well as many ordinary Labour Party members and supporters, behind his bid to lead the party following its worst election defeat in 30 years. In spite of a vicious propaganda campaign from right-wing papers like the Telegraph, the Daily Mail, and the Express, alongside former Labour Prime Ministers and other high-ranking members of the Labour establishment (not to mention an attempted purge of his supporters by the current Labour leadership) Corbyn now looks set to lead the Labour Party into the next UK general election in 2020. For most of the British left, this will doubtless be a cause for considerable celebration.

In spite of the hype surrounding his ascension, we find precious little cause for optimism in his victory. It isn’t simply that he’s unelectable, as those on the right of the Labour Party claim, though it’s true the prospect of him actually becoming Prime Minister in 2020 seems pretty remote without seismic changes to the political landscape of the UK. It isn’t that his left leaning policies don’t go far enough, though it’s true that by the standards of the pre-1990s Labour Party he’s really more of a centrist. It’s not even that the party he leads has a track record of warmongering, austerity, and strike-breaking going back to 1945. Rather, our scepticism of Corbyn’s politics comes from the fact that his vision of an end to austerity, of an end to wars and bloodshed abroad, of well funded state-run public services, of a more just and equal society, is based on a lie: that if we elect better politicians, they will build us a better world without us having to do the hard work of struggling together to improve our lives. The truth is that if we want to see meaningful change, were have to fight for it ourselves.

Click the link above for the full article. Also worth keeping in mind some of these arguments against Corbyn and the Labour Party.