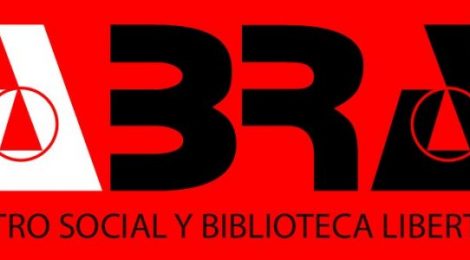 The following statement is from our anarchist comrades in Cuba announcing the opening of the ABRA social centre & library in Havana, Cuba on 5 May 2018. The Taller Libertario Alfredo López and allied groups have been working for a decade to reinvigorate the anarchist presence in Cuba, the first time since the 1950s. The ABRA social centre will be a vital space for social and political activity. The Anarchist Federation here in Britain and the member federations of the International of Anarchist Federations have supported the inititives of our comrades in Cuba over the last decade including communications with Observatorio Crítico Cubano and our organising of a speaking tour of a member of the newly formed FACC (Anarchist Federation of Central America and the Caribbean) in 2015 plus visits of Cuban comrades to England including the Anarchist Bookfair in London and supporting of a gofundme initiative – see http://afed.org.uk/tag/cuba/ for details. We are delighted to see the project come to fruition.

On May 5th 2018 a new stage in the self-emancipatory process for a group of Cubans begins with the opening of ABRA: Centro Social y Biblioteca Libertaria (Social Center and Libertarian Library).

This effort of the Taller Libertario Alfredo López (an anarchist, anti-authoritarian, and anti-capitalist initiative created in 2012 and which forms a part of the Federación Anarquista del Caribe y Centroamérica [Anarchist Federation of the Caribbean and Central America]) along with the effective and crucial involvement of associated collectives such as Observatorio Crítico Cubano, Guardabosques, and other individual initiatives intends to inaugurate an autonomous and sustainable space in Cuba today.

A space to promote experiences and practice independent of any foreign or national government, or the institutions which represent them, and focused on the capabilities of those involved. From ABRA we will insist on a practice which prefigures the kind of sociability that we dream of and in friendly relations with the environment, which results in minimal consumption and a maximum of non-polluting solutions of our own.

This new effort is essentially anti capitalist given that capitalism promotes utilitarian relationships among people, supremacy, competition, profit, all of which is not conducive towards the type of sociability we aspire to achieve. These forms of relationship that capitalism promotes is sustained by states, businesses and corporations that dominate and pillage the world and our country. For this reason, the Social Center stands diametrically opposed to capitalism.

On the other hand, emancipation is not possible without involvement with the community. That is why ABRA exists within the communities and not alienated from the oppression they suffer or from the victories they achieve through their struggles. ABRA seeks to provide a space for the different forms of sociability, for individuals and affinity groups that aren’t limited by the narrow framework of government vs opposition, and who propose the direct and autonomous approach to issues of everyday life and creation on all aspects of life.

This space actively stands against discrimination by race, ethnicity, gender, sexuality, sexual orientation, gender identity, territoriality, educational attainment, economic status and any other kind that threatens a person’s dignity. Likewise, this space recognizes the diversity of thoughts (political, ideological, moral, etc.) without ever renouncing to exercise our own.

ABRA is a place for establishing relationships, in the middle of a commercialized and surveillanced city, that can serve as a place for producing information that is not available at a local, national, and international level. It is a space in favor of self-taught training, commemorations, celebrations, encounters; looking to encourage the precarious counter-cultural scene, which is productive and self-sufficient, that currently exists in La Habana and the region of Cuba.

The Social Center constitutes a space of horizontal social communication to give a voice to those national and international experiences which are not in the interests of the hegemonic agencies, but that offer an anti-authoritarian and emancipatory perspective which is in fact in the interests of us who struggle in Cuba.

Here, means and ends are not contradictory: They are horizontal, of free individuals, and the effective participation out of direct involvement.

More pictures and Spanish version (thanks for the intro, English translation and photos we have adapted!):
http://blackrosefed.org/cuban-anarchists-abra/ 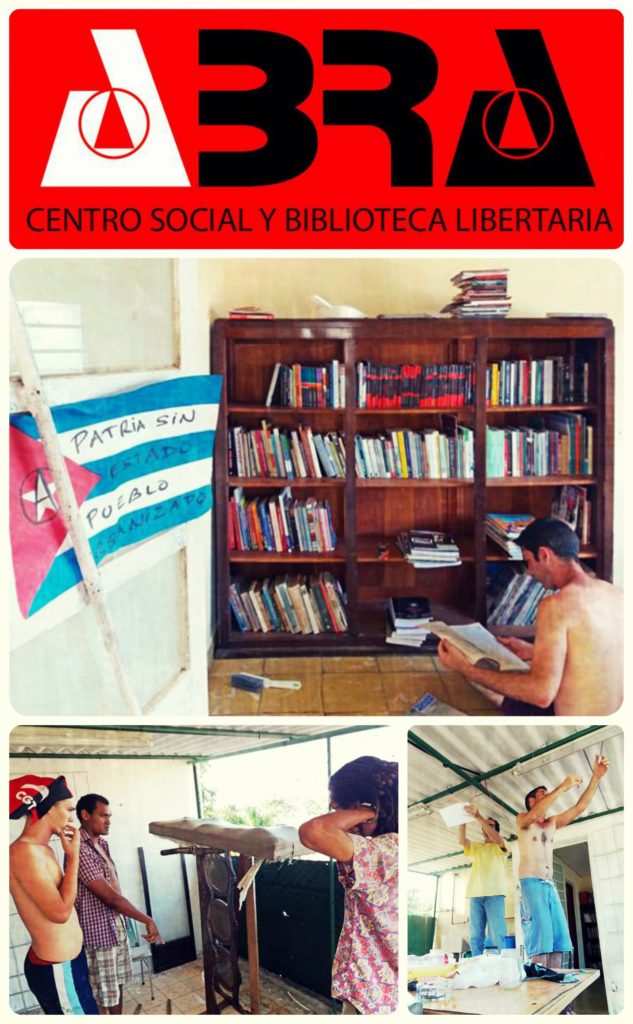