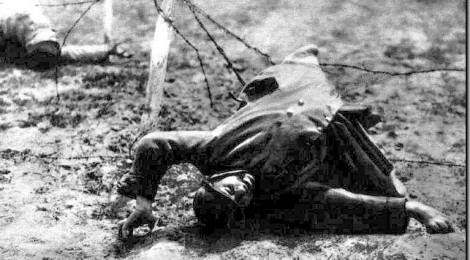 “Those who don’t know history are doomed to repeat it.” Edmund Burke

As the threat of war looms in Eastern Europe echoing the threat of a third World War yet to come, the 100th anniversary of the outbreak of World War One looms more as a lesson for our time than merely a dusty piece of history.

In 1914, a violent act of Slav nationalism took the breaks off Europe’s alliances and treaty systems driving rival power blocks into a devastating armed conflict that wracked Europe with its consequences for the century to come. The current conflict is as much framed by treaties and timetables as then. Russia wants its share of Ukraine before it slides into the framework of the EU and NATO and the stakes would be higher.

Before the current fog over the Crimea there were those in Britain who sought to revise the First World War and claim it as a source of national pride and dress up the death of 13 million as a price worth paying in a “just” war. Were the millions of workers led into a war between ruling elites of bankers and aristocrats “lions led by donkeys” or true sons of freedom defending all that was good in Britain? The debate is a smoke screen to hide one of the greatest mass murders in history. It’s hardly surprising that those who want to celebrate the generals and spirit of Empire and claim the war as “just” are the privileged great grandchildren of the “donkeys”.

The current conflict has the same roots as its historical predecessor – a conflict between elites, the gangster capitalism of the Russian oligarchs versus the free market plunderers of the neoliberal European club. “Just” or “unjust” is the new smokescreen again.

International conflicts between or within states only have one lesson, and that is those of us with no real stake, workers on both sides, die, lead or driven by the donkeys, to preserve their power, profit and privilege. The lessons now as then are the same – we die, the rich pillage, and their pride is our shame.

“All wars are fought for money.” Socrates (philosopher)