Browse: Home   /   Transnational Anarchists in Solidarity with Mapuche People – week of protest called on 29th of January to 4th of February 2018 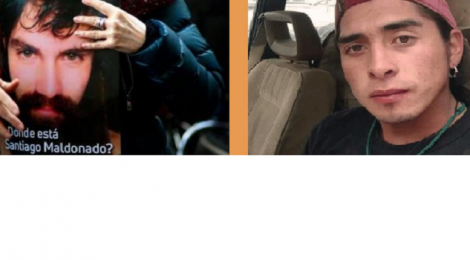 W / 21/01/2018 / Comments Off on Transnational Anarchists in Solidarity with Mapuche People – week of protest called on 29th of January to 4th of February 2018 / Events, General, News

The Anarchist Federation’s sister organisation in Argentina, the Federación Libertaria Argentina (FLA-IFA) is calling for protests against the Argentinian government and the international clothing company Benetton during the week of 29th of January to 4th of February 2018.

Ironically, the slogan ‘United Colours of Benetton’ portrays the company as ethnically diverse and anti-racist in its core statement of values. In fact, it is buying huge areas of land in Argentina, stolen in the first place from the indigenous Mapuche people in Chile and Argentina. Mapuche activists and others taking a stand against this have been designated ‘terrorists’ by the state (“RAM report” of the Ministry of National Security) in an attempt to undermine support for them and justify further repression. In August, the anarchist Santiago Maldonado was abducted and found murdered. Another comrade Rafael Nahuel was also killed. Anarchists and the Mapuche people ask for our support to defend their comrades and communities.

The following statement is endorsed by the International of Anarchist Federations, of which the Anarchist Federation is a member. Below it you will find a link to a communiqué issued in December signed by the FLA and many other organisations in response to the state’s RAM report.

On 1st August 2017, in the province of Chubut in the Argentinian Patagonia, a community of the Mapuche indigenous people, together with people in solidarity with them, blocked a street in the area near Benetton’s headquarters, in protest against the acquisition of the Mapuche territory by the company. Police forces attacked the demonstration with gunshots while the protesters were trying to defend themselves.

During the police operation, the anarchist activist Santiago Maldonado was arrested, forced violently into a white van – witnessed by many people – and abducted, since from that point on he went missing. Two months later, his body was found in a river in Patagonia, a brutal reminder of the 30,000 people who were “disappeared” during the Junta period, an enduring mark in Argentinian history preserved in collective memory in a way similar to nazi crimes.

The comrade’s abduction had triggered a large number of dynamic mobilizations throughout Argentina, demanding Santiago’s return. Meanwhile, the state, the police and the media engaged in a campaign aiming to criminalize the resisting Mapuche community and the anarchists and denied any responsibility for the comrade’s abduction, while focusing their propaganda on conspiracy theories around the comrade’s disappearance or on targeting all those who stand against the bosses’ plans, and especially the anarchists, as the “internal enemy” and a threat to the state.

The indigenous Mapuche communities – in Chile and Argentina- are struggling to defend their territory from the plundering and destruction brought upon them by the large multinational corporations which are granted with these lands by the state. These are the same territories that the state had seized from the indigenous people through a series of wars and genocides since the time of the “conquest” of the American continent. In their struggle, they have faced the persecutions, the imprisonments and the violence of both the repression mechanisms and the parastatal gangs which operate on behalf of the bosses on both sides of the Andes. In Chubut, a large part of the Mapuche communities claim their territories, now owned by Benetton, which is only 1/3 of the total 900,000 hectares they have bought throughout the country.

Rafael Nahuel was a young person of Mapuche descent and a member of a collective called Coletivo Al Margen. He took part in protests in defence of the Mapuche people. On the 25th November 2017, the day of the burial of Santiago Maldonado, the police force mounted an eviction in Mapuche territory. The people there were shot with lead and rubber bullets and pepper sprayed. A woman and Rafael Nahuel were both shot with lead bullets. The woman survived, but Rafael was killed.

Comrades Santiago Maldonado and Rafael Nahuel will be present in the ongoing struggles in every corner of the earth as all those who gave their lives fighting for a free and just world without inequality, exploitation and repression…

International Solidarity…
-with our comrades in Argentina who are resisting to the repression of the Argentinian state
-with the Mapuche communities and with all the indigenous people who are defending their land from the exploitation of the modern conquistadores of Benetton.

← 2018 – In with the new
Support anarchist and antifa prisoners in St. Petersburg and Penza! →
Posting....
Skip to content