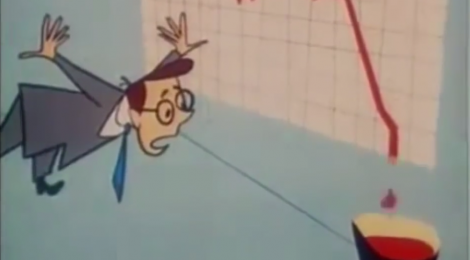 The Tories have found their election slogan. The words ‘strong and stable leadership’ will be stuck on repeat for the next month, but so far there has been something off in the Tories’ delivery of their core message. Theresa May seemingly can’t end a sentence without some form of the words ‘strong and stable leadership’. The compulsion to keep repeating the mantra betrays an obsession with the words that go beyond the usual parroting of meaningless sound-bites. The Tories addiction to the slogan feels like an unconscious over-compensating. They have to say the words constantly because they know that actually these times are not stable, and they simply can not offer anything, let alone strong leadership.

There was a time when the British political elite were looked upon as a wise and capable governing class. They have always been arrogant and uncaring of course, but they seemed to be able to govern in a way which guaranteed remarkable stability and predictability. Tradition ruled. Parties alternated in power with barely a day’s disruption. Instability was something that happened in other, foreign, places. Contrast this with the recent past, where we have seen two referendums on vital strategic state interests, and are now heading into a second general election in as many years. Instability in the British state seems to be stemming not so much from the actions of the population below but from the growing incompetence of the elite itself. One aspect of our times is that the political elite of the British state are losing their touch. A once poised and self-assured group has become a series of bumbling caricatures with little sense of direction.

It all started almost a decade ago with the crisis of 2007-8. When the financial industry crashed the economy it spelled the end of, an admittedly tired, government that had held power comfortably for ten years. What replaced it was something virtually unknown for the British state, coalition government. Different factions of parliament had to collaborate to govern and their first act was to bring down the axe of austerity. Making the poor pay for the crisis of the financial system naturally drew a response, there was the student movement, strikes, riots and protests. Even though such events are not uncommon in Britain, they broke the belief ,held widely both inside and outside the country, that street politics simply doesn’t happen here.

Toward the end of its reign the coalition government almost scored what would have been one of political history’s most spectacular own goals. Massively misjudging a growing anti-elite sentiment PM Cameron very nearly oversaw the dismemberment of the British state with the Scottish referendum of 2014. Only some last minute scrambling and cajoling saved that situation. The following year a decaying Labour party helped the Tories to a surprise outright majority in the 2015 general election. Commentators were caught off guard by the swift return to single party government and normal service looked to have been resumed. However, an even more over confident and arrogant Cameron finally managed that spectacular own goal he’d narrowly missed in Scotland. There are a lot of things to say about Brexit, who wanted it and who will gain by it, butÂ  a large chunk of the domestic political and economic elite ,and virtually all the international elites were against it. Clearly it wasn’t actually supposed to happen. The British state wasn’t meant to veer away from ever more integrated capitalist markets, and yet an internal party power play got out of hand and ended up fundamentally altering the state’s strategic direction. Almost on a whim the British elite have disregarded a key part of the state’s foreign policy that has been adhered to for centuries, don’t allow the states of Europe to unite in opposition to it. 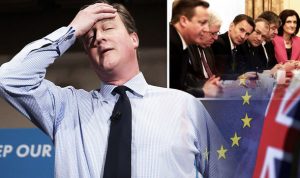 In the year since the referendum, the political elite have looked very confused. Lacking any coherent direction their behaviour is becoming more erratic. The surprise call for another general election is just one more instinctive reaction to a situation they’ve stumbled into. It used to be said, wrongly, that the British Empire was acquired in a fit of absence of mind, now it seems such an absence of mind is the political elite’s approach to governing.

There was a method and a plan behind the actions of the political elite over the last years but such is their loss of political skill that it seems only to have led them to a dead end. Following 2007-8 it was clear to everyone who was responsible for the crisis. That’s why when the coalition tried to use austerity to get the state out of the crisis capitalism had brought it to there was a response. Yet austerity and anti-austerity long ago stopped being the main political issue. As elsewhere the political elite protected their friends, and sometime co-workers, in the City by switching the blame for the crisis to the poor and immigrants. They were helped along in this process by the consequences of other errors they had made. Were it not for the disastrous western interventions in places such as Iraq, Libya and Afghanistan by successive British governments there would not have been the need for so many people to become refugees in recent years. Here the mistakes feed into one another with military campaigns creating refugees who then become hate figures of the right.

Presumably they thought they could stoke xenophobia and racism while keeping it under control. But the vote for Brexit showed that they have lost control of this beast. There are good grounds for wishing to leave the European Union, just look at what it has done to Greece, but the anti-immigration vote was decisive in 2016. Individual business interests and nostalgic nationalists have their own reasons for leaving the EU, but the majority of British capitalists want migrant labour to exploit and the City certainly needs access to the European market. By building up anti-immigrant sentiment to mask the financial crisis the British elite shot itself in the foot.

So we get to the current moment. A Prime Minister who might or might not support Brexit (I’d be surprised if even Theresa May herself knows what she believes) is promising to deliver a hard Brexit to satisfy anti-immigrant feeling, knowing this is damaging to the interests of the state. The political elite have trapped themselves by their own manoeuvres. The return to the stability the elite used to enjoy still seems some way off despite the likelihood of an enhanced Tory majority at the next election. This majority could help the Prime Minister deal with the compromises ahead but does not guarantee they can ride out the storm. An anti-immigrant hard Brexit could damage the economy and undermine the British state in Scotland and Northern Ireland. A compromise with the EU over freedom of movement will expose the Tories to the very hatred they have been fanning.

The incompetence of the elite is dangerous, perhaps even more dangerous than the times they are competent. Political elites around the world are finding it difficult to get out of the various crises that keep coming up. As always the manoeuvres of the elite are a threat to those they rule. It may well be true that the Tories have done more damage to the British state than any revolutionary movements have managed in recent times but this is of no comfort to the people endangered by austerity and racism. For the political elite their games have no real consequences, even the most disastrous of Prime Minsters will still live out a luxurious life, and will be roundly cheered by their colleagues. For everyone else the consequences can be very real.

The only sliver lining to the dark clouds dominating the present moment is the fact that for increasing numbers of people the status quo is no longer tenable. More and more people are looking for a way out and there is a general feeling that something has to be done or has to happen. So far, no one, least of all the political elites, knows what to do and various different options are being tried. In Greece there has been an attempt to find a left wing way out of the crisis. This has failed. It did so not only because Syriza had no plan to overcome the first obstacle, the Troika, but because they were also devoid of any actual ideas or strategy. Much of the left’s response to the crises which gathered pace after 2007-8 has been limited to a reaction against austerity, and a hope for a return to the pre-crisis situation. Beyond going back to the pre-2007 world the left seems to have little new to offer, hence the reason Labour had to look so deep into its ranks and past to find a leader. This lack of new ideas is why Syriza has done absolutely nothing but implement the terms of its bailout despite holding state power for more than two years.

Greek police increasing security at the offices of Syriza, after people quickly loose faith in the party

In Britain and the USA we see an attempt at a right-wing exit from the crisis. The right too only seeks to go backwards, this time further back to the era of the independent nation state. Anyone who has so much as glanced at history knows what happened last time strong independent nation states were the foundation of the international order. We already see some hints of this returning world. Trump is very enthusiastic to throw around the full arsenal of the US military even if he sometimes appears to forget which country exactly he is bombing. So far on the international stage Brexit Britain has only been something of an embarrassment to itself, with Tory grandees and the right-wing press trying to stir up a fight with Spain over Gibraltar.

Crises are increasingly common in various forms throughout the western states these days. Here in Britain the elite are losing their ability to manage the situation. They can only solve one crisis by creating another. This is likely one more thing that will not change whatever the outcome of the election on June 8th. There will be no strong and stable leadership. The system is malfunctioning and so far attempts to reboot it only lead to further crashes. How to find a way out and escape from under a floundering elite are more critical questions than any an election could pose.