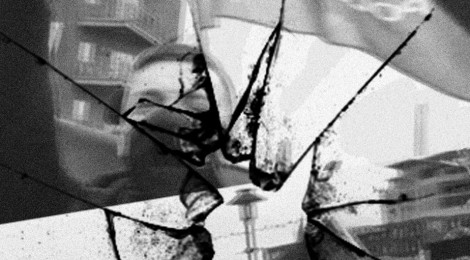 A fundraiser page has been set up by London Anti-Fascists to help build opposition to a gathering of fascists in Liverpool. From their page:

On Saturday 15th August, neo-Nazis will attempt to march through Liverpool. The so-called “White Man March” – this time on its second outing – is organised primarily by members of neo-Nazi youth group National Action. It is supported by neo-Nazi groups from across Europe.

In March this year, the first “White Man March” took place in Newcastle. Around 100 neo-Nazis marched through the city before burning gay, communist and Israeli flags, screaming “Hitler was right” and openly using Nazi salutes. Although small compared to other far right protests, this was the largest and most explicit neo-Nazi march to take place in the UK since the 1980s.

These events have been organised by people from an alliance of neo-Nazi groups. In Newcastle National Action were joined on the streets by the British Movement, Creativity Alliance, Misanthropic Division and National Rebirth of Poland. We expect the EDL splinter group North West Infidels to join this march. They have been responsible for attacks on picket lines, anti-fascists and Irish republican marches in Liverpool.

While some far-right groups have tried to moderate their public face, National Action revel in their blatant Nazism. These groups are growing as other parts of the far right collapse. Although they are nearly all tiny by themselves, the numbers they can bring out for the “White Man March” are worrying.

Liverpool, as a city with a proud left-wing tradition, has been chosen to demonstrate the “strength” of the neo-Nazi movement. We expect to see more than the 100 they brought to Newcastle and if we want to stop their growth they must be opposed. In 2013 we saw 5000 people march against fascist Nick Griffin and we need to draw on the city’s anti-fascist roots when the “White Man March” comes to town.

History has shown that Nazis need to be confronted head on, so they don’t have the space to spread their racist bile and grow in size and confidence. Given the chance, they will attack workers’ organisations, ethnic minorities, LGBT people and anyone else they perceive as their enemy. We are calling on anti-fascists across the North West to stand with the people of Liverpool in opposing these Nazi thugs.

They shall not pass!