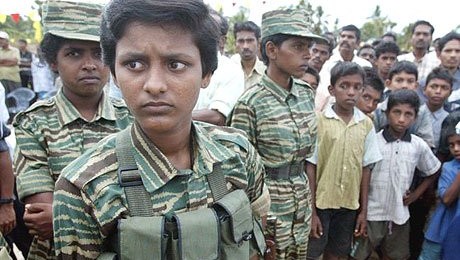 On the Sri Lankan Tamil Situation

The Sri Lankan state, officially known as the “Democratic Socialist” Republic of Sri lanka was created after Sri Lanka (before 1972, known as Ceylon) gained independence from Britain in 1948. Like India, and many African regions, this is another example of how colonialism neglected to solve racial tensions and problems in these regions, and in many cases, helped to intensify the situation through the creation of borders and superficial states. The Sri Lankan state is responsible for the racial discrimination of Tamils and the massacres and torture of civilians and political dissidents, and it comes second, only to Iraq, on the issue of disappearances while being detained by national security forces. On the issue of LGBTQ rights, the Sri Lankan state also doesn’t have a good record, it sees lesbianism as an “act of sadism” itself and protected the right of a newspaper to be able to suggest that as a “cure”, lesbians should be submitted to convicted rapists! All this from a largely Buddhist nation! 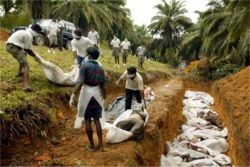 The LTTE are fighting for an independent Tamil state, an area known as Tamil Eelam to the North and East of the island. Whilst the main enemy for the people of Sri Lanka is the Sri Lankan state itself, not only responsible for state sponsored terrorism in Tamil regions, racial discrimination, but also of the exploitation and oppression of their own working class, we should not have any illusions with the LTTE rebels either. It is understandable why people in the region look to the LTTE as a solution to their problems, it is after all, the only real force actively fighting against the Sri Lankan government, just as Hamas is seen to be in regards to the Israel-Palestine conflict, however the LTTE will not solve the problem in the region. It is usually said that organisations are a representation of what society they wish to represent, so when examining the LTTE, it is clear that they are most certainly not a force to be supported. They recruit child soldiers, target Sinhalese workers, have racist programmes, intimidate locals opposed to them and in some cases have killed them, not only that, but they are fighting for a Capitalist Tamil nation-state.

In material terms, the Tamil people will probably be better off under a Tamil nation-state in the sense that they will no longer face air strikes, bombardments and in general, no longer live in a war zone, however, the Tamil people will have only replaced one oppressor with another: the only difference between the two will be that the new one will be of the same ethnicity! Brilliant, now they can continue to be oppressed and exploited, just this time by their own people in control of their own state! As Libertarian Communists, we must remember not to support national “liberation” movements and instead expose them for the farce they are. Workers will never be free until states have been removed and Capitalism abolished, so they can take control of their own lives, their own communities, their workplaces, schools and universities to live in an egalitarian society free from all prejudices including racism, sexism, homophobia, transphobia and ageism.