Browse: Home   /   Counting us in, counting us out 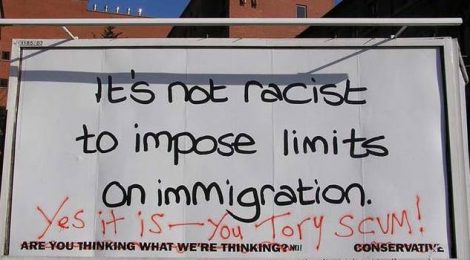 The Windrush scandal has only highlighted the brutal and racist nature of state power which is managed by a partnership of public and private institutions. Control and bureaucracy is fundamental to the running of a nation state, whilst an increased facelessness and complexity has resulted from the commercialisation and outsourcing of the functions of government departments since the 1980s.

The willingness of the British state to control and count individuals to an ever finer degree has developed alongside the politics of Brexit with the fierce and racist campaigning at the expense of the ‘other’ from the No camp. But state control has been a constant feature of Fortress Europe, where the effects of hostile immigration policies continue to be felt daily in the camps and immigration prisons on Mediterranean islands and the North African coast, and on the seas. The UK has supported the European Border and Coast Guard Agency (Frontex) which is responsible for running border controls in other European countries. The UK has also been involved with training the Libyan coastguard which last year opened fire over the heads of refugees being rescued by boats of charities SOS Méditerranée and Médecins Sans Frontières (MSF).

The ongoing destruction of the social wage (welfare benefits) has resulted in unemployed and people living with illnesses and disabilities being hounded with various techniques of control, such as forcing you to apply for x jobs per week or judging your health using a scoring system. To implement this, Job Centres were given the power to give penalties (‘sanctions’) for not doing exactly what you were tasked to do each week. Tricky ‘Work Capability Assessments’ were put into place, run most notoriously by ATOS and now other private firms. Many of these bureaucratic setups have not-so-hidden quotas to deny support, similar to what is in the news about the Home Office having a 10% target for increasing the number of ‘enforced returns’ of migrants. These quotas are fuelled by ‘payment by results’ contracts of the companies involved and by individual pressures on contracted staff (such as job centre workers or medics) to limit the number of people who meet the criteria to get support. The complex rules of Universal Credit are making the situation worse for many others, for instance forcing women back to abusive households because of the level of proof required to get a ‘split payment’ independent of their partner.

The draconian use of Detention/Removal Centres for migrants in the UK has been in place since the end of the 1990s. Some of the Windrush complainants have recently found themselves detained or denied re-entry into the country, as well as being denied basic services or work after checks were made. It’s important to remember that biometrics were first added to migrants’ identity cards as a test for rolling it out to everyone in the UK as identity cards. Although ID cards to be carried around by everyone were not eventually introduced, it is clear now that not having papers is no longer acceptable; if you are a person of colour, this is the case even if you have lived here almost all your life. Because of Brexit, a similar situation is facing EU migrants who have not got ‘qualified residency’ status due to gaps in employment or not fulfilling other rules. Non-EU migrants have found themselves ineligible to work due to rules about minimum earnings, including those already working in the UK. Educational establishments, GPs, hospitals and care homes have since been added to the front line of border policing.

The Windrush persecution has revealed the colonial and racist underbelly of the British state. The people who came from the Caribbean who made their homes in the UK since the 1940s and 50s came explicitly as workers. As workers, they faced racism and disadvantage. This has become compounded and now makes navigating the bureaucratic systems of the state, whether health, employment and the immigration system that much harder. Couple this with the extra level of racism that Brexit has created, it can pile on demoralisation, fear and feelings of being unwanted and this makes it harder to fight. Can anyone imagine this going so far without political intervention if it had involved a white community?

One thing is certain. Anarchists have long opposed the introduction of these policies with strong action taken against ID cards, immigration detention centres and raids. We have been involved with action to defend benefits, opposing the Job Seekers Allowance (with its Job Seeker Agreement) and Workfare schemes which brought in the use of sanctions for not following the rules. Organisations such as Disabled People Against Cuts and Black Triangle and the many refugee support groups and centres are testaments to activism against the excesses of the state. Docs Not Cops and Schools ABC (against borders for children) are currently leading the struggle to stop public services and education being the front line of border control.

It is clear a lot more needs to be done to reverse the current ‘norm’ of surveillance and control which has been made possible by the policies of successive governments. Both Labour and Tory governments have created and passed the laws that have made the situation the way it is right now. A fundamental change in society is needed to make the Windrush persecutions impossible again. But to do this we must push back against state control in all of its guises. 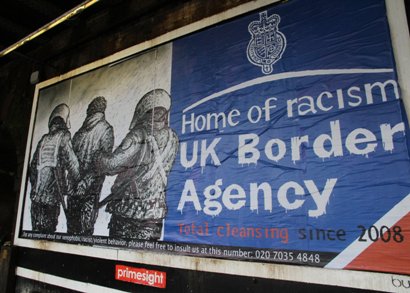