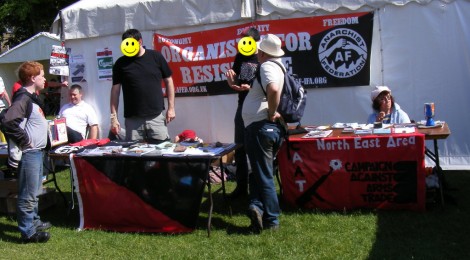 The state and corporations would have us believe that environmentalism is a matter of personal choice. That buying energy-saving light bulbs, carbon-neutral flights or so called “biofuels” have the potential to stall (or even avert) the incoming crisis. Even those within the environmental movement will preach the virtues of an “ethical” lifestyle – that it is only a matter of persuading enough consumers that “environmental” lifestyles are to their benefit. While some of these efforts may prove to have some impact as short-term solutions we would argue that they fail to address (and even serve to perpetuate) the very system that drives and sustains the destruction of our environment – capitalism. Likewise, calling for increased state intervention to meet environmental targets is equally counterproductive. The state exists for the maintenance and protection of capitalism. Since targets and promises were set no government has ever reached a target it set to tackle on climate change.

Capitalism is based on the exploitation of our natural resources. It is a wasteful system. It is a destructive system for both for people and the planet. The industrial process depends upon an infinite supply of raw materials which then can be converted into commodities and sold and traded. Products are mass produced only to be spoiled or wasted in order for those that are sold to remain profitable. The idea that there may be a finite or even a dwindling supply of raw materials to feed the markets stands against every notion of capitalist expansion. Likewise that there should be limits to this process in terms of the pollution generated by heavy industry or the energy wasted (all of which contribute to climate change) stands equally against notions of capitalist “progress”. To use this system, therefore, to attempt to make a Green market, a “sustainable” economy is simply unrealisable.

Why is it not viable? Because it is not in the interests of profit and most importantly it is not in the interests of the ruling class. Ecology IS a class issue. How many working class people do you know with a private jet? How many working class people have sway over billion dollar energy corporations who make every effort to block renewable energy production? The ruling classes have used the corporate mass media to fight environmentalism at every turn. We live in a truly crazy world where despite irrefutable scientific proof that humanity is responsible for climate change you are still able with enough money, influence and power to still sow seeds of doubt.

And who suffers? We already know that those countries in the developing world are likely to suffer the worst affects of Climate Change. Droughts, floods and food shortages affect millions when there is no infrastructure to protect impoverished populations. We have seen in the catastrophic events that followed hurricane Katrina the people who suffer the worst in the face of environmental destruction – the urban working poor. In our home city there was a great deal of hardship following the floods as those in the poorest and worst affected areas lost everything when insurance companies refused to pay out. Across the world working people suffer from the effects of pesticides, power plants and industrial by-products that poison themselves and their local communities.

Our message is simple. If we want to great a truly free society, a truly sustainable society then it has to be one which is free from capitalism. Working people across the world have to rise up and fight the system that oppresses and alienates them every day and now even threatens the very future of our species. We have had over a hundred year’s experience of broken promises from bosses and politicians. Isn’t it about time we gave these people the boot and built a better future for everyone? 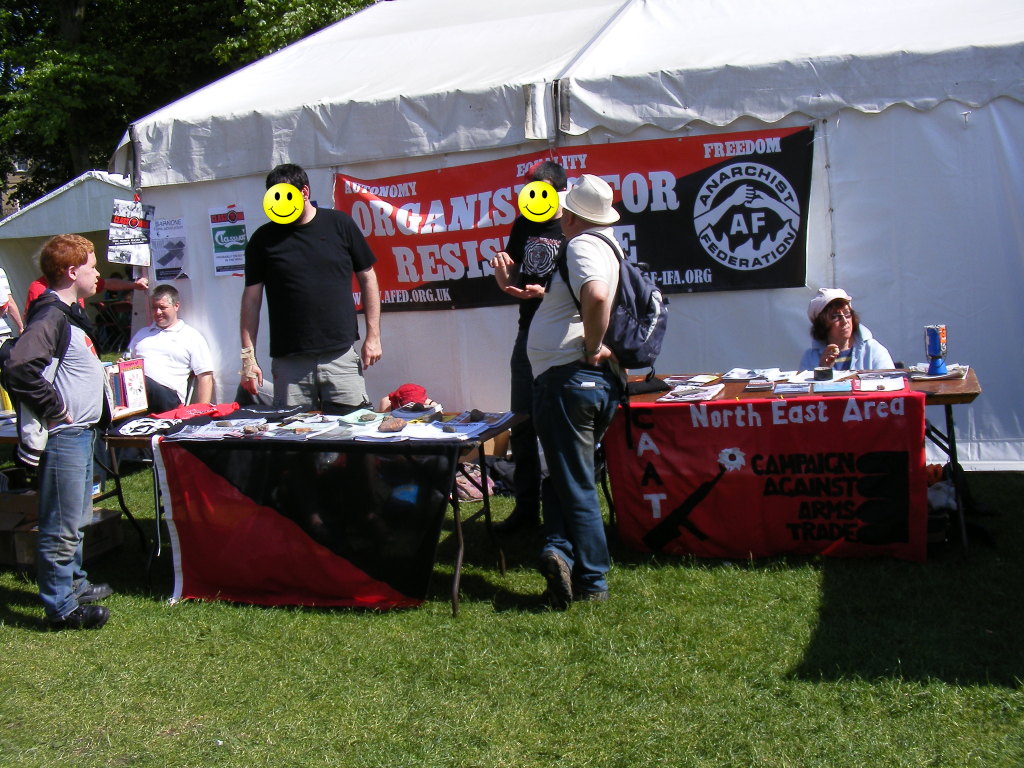