Browse: Home   /   7 Lies Police Have Told You About The Bristol Protests 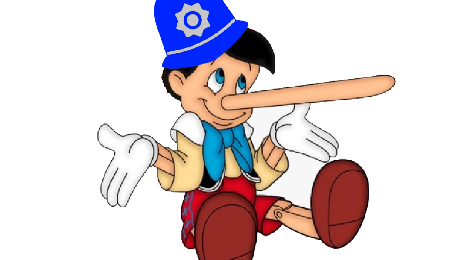 7 Lies Police Have Told You About The Bristol Protests

In our report of Bristol’s first #KillTheBill protest we spoke about how the police lie in order to build a false narrative. We described how the corporate media facilitates this by printing their lies as undisputed fact, and how the police’s cheerleaders both professional and amateur will take these lies and run with them. The past week has proven us right. Here is a run down of just some of the lies police and their supporters have been caught out on.

7. Protesters Attacked The Cars Of Bystanders & Other Emergency Workers
This was an early quote put out to portray the protesters as hell bent on mindless destruction. Reports were that vehicles that had nothing to do with the police, and were just unfortunate enough to be in a neighbouring multi-storey car park had their windscreens smashed. In later media coverage the police admitted these were unmarked police cars, the video footage shows that this was made clear by the ‘reserved for police use’ parking bays.

6. My Poor Bones!
Following a police statement this story was repeated everywhere. The police said, as if a confirmed fact, that one officer had a broken arm, and another a punctured lung. Other people would elaborate further, the punctured lung was due to a police officer being knocked to the ground and repeatedly stamped on was a common story. Can you imagine who could possibly attack someone already on the ground like that? Suspicious at the number of alleged ‘injuries’ the police had suffered, activists submitted a Freedom of Information request for details on them. Shortly after this Avon & Somerset Police quietly

retracted the claim, and confirming no bones were broken or lungs punctured. It was only after a lot of noise on social media, and articles in the radical press, that some mainstream outlets reported this change in story. Many original articles quoting it as fact remain online and unchanged.

5. Protesters Are Responsible For Hurting Horses And Dogs
If someone told me there was a riot, and I said ‘ok, I’ll bring my dog’, and then I took my dog to a riot; I would be rightly accused of animal abuse. Yet for some reason the police expect a free pass. Let’s get one thing straight, the police don’t bring animals to protests because they love and value them. They bring them because they view them as weapons and want to use them to hurt people. At all three protests this week, police repeatedly deployed dogs and horses for hours, without caring about the risks. Luckily they also reported none were hurt. The most violence we saw towards the dogs was officers dragging them by the collar to keep them away from dropped food. Yes animals are spooked by fireworks, but better spooked and taken away than kept on the front lines as a risk to themselves and others.

4. The Protesters Struck First!
An important part of any narrative, as any Star Wars fan will tell you, is who struck first. This is because few people would randomly hit someone in the street, but many of us would hit back in self defence. Early police statements in the press on Sunday night said that officers had ‘stood back’ until a police van was set on fire. These were clearly fabrications right from the start. There was footage of the police using batons to strike protesters whilst it was still day light, where as the burning van was pictured after dusk. In even clearer evidence there was footage of police hitting protesters next to the van that would later be burned, while it was very much not on fire.

3. They Made Us Do It
In an echo of the language of abusers the world over, the cops insisted that they were ‘forced’ to violently attack the protest. According to them nothing else would work, as the crowd was so volatile, dangerous and aggressive. Even if the police had ‘started it’ (which they would never admit) they insisted it only escalated due to protesters. Were that true then, the expectation would be that a crowd that remained passive and peaceful would have been treated with a far lighter touch. Tuesday proved this to be yet another lie. Hours of people being hit by batons , horse charges, dog attacks, and people dragged by their hair. All whilst the most violent resistance put up was the laying of daffodils.

2. If You Don’t Do Anything Wrong, You Have Nothing To Fear
A statement older than policing itself. The people who are attacked are, if not ‘yobs’ or ‘thugs’ at the very least ‘trouble makers’ and ‘criminals’. No Law abiding citizen need fear police violence. (Well unless they decide something currently legal, such as protest, is to become a crime).

Surely then people not even part of the protests should be safe? However in chilling scenes on Tuesday police assaulted two journalists from The Cable, despite them showing press passes. They then detained the editor of Bristol 24/7, only releasing him thanks to the support of a near by photo journalist. On Friday they attacked a reporter from The Mirror, and ‘confronted’ a photographer. A short time after they arrested a ‘citizen journalist’ who had been streaming the protest on YouTube, first coaxing him over for a chat before grabbing him. They didn’t stop at journalists either, they attacked medics and the people they were treating, forcing them to relocate repeatedly.

1. I’m A Postman
Yes, you read that right. We’ll let the victim of this particular incident speak for themselves by quoting from their social media post, which we have independent confirmation of. “This morning… I got put under arrest and handcuffed by 5 undercover police who barged into the house no masks initially claiming to my flatmate I needed to sign for a parcel (dressed as a postman) but followed her up yo my room. They told me I had been disorderly / violent which I knew I hadn’t. I was partially undressed and they were all big men and they wouldn’t let me call anyone and told my housemate to go to her room whole I was having actual panic attack and shrieking. They told me I was going to be out in a cell at keynsham police station but they needed to get a female officer over to help me dress first. I was clearly so distressed and confused BC I wasn’t even where they had placed me. Eventually they brought up a photo of a girl who clearly wasn’t me and then eventually dropped the arrest and left me but its so incompetent they could mistake me for this girl and actually get a warrant for my arrest when they can’t even catch real criminals My mental health has been pretty shit lately, especially anxiety so now this has happened and the police are responsible through treating me like a criminal and giving me no respect when I wasn’t even the person in their photo.So no I don’t have faith in the police or British justice system“

These are just the most easily provable lies that the police have told. There are many more, nearly everything they say has been an attempt to deceive. We hope both readers and writers, of the news will continue to remember that the police are not trustworthy sources.

As one commentator on twitter put it, Police statements are a lot less mystifying when you read them as what they are – propaganda by violent agents of the state.