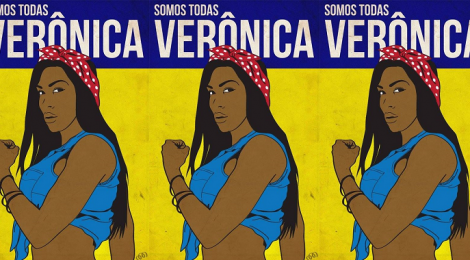 2017: what it holds, and what all anarchists can do about it

2016 was a really frightening year, and 2017 will see the awful realisation of much of what it set in motion. The political culture of Europe, not least the UK within it, and of the US, involved the open embracing of racism on a scale we have not seen for decades; the open refusal to extend even the most basic compassion towards people fleeing parts of the world which our nations have over-exploited and destabilised; the normalisation by all parties of the idea that immigration is a ‘problem’ and that the ‘British nation’ is damaged by it; the associated racist abuse and assault; and an apparent shoot-to-kill police policy against People of Colour. Repressive religious forces are created and thrive in response to this racism, as well as to twisted ideologies concerning how we should all live, and justify the mass murder of civilians. We are losing more freedoms to surveillance, social control and militarisation under the pretext of protecting us from such ‘religious extremism’. The emerging realignment of global powers with the desire and capability for mass destruction, beyond even the horrors of Syria, now actually seem to desire nuclear war. The over-arching structures on which we are supposed to rely for ultimate justice – the European courts, the United Nations etc. – have become increasingly powerless as dictators do as they like. Patriarchy, ‘family values’ and the oppression of gender and sexual diversity thrive as parallel reactionary processes, and violence against women becomes normal where our leaders encourage it. The health and social care system is about to finally collapse, which is apparently our own fault for living longer. The fate of the planet at this crucial ecological tipping point is in the hands of climate change deniers and short-sighted profiteers.

Over all, we have witnessed both the normalisation of horror, and the normalisation of bare-faced lying about it. It has been the active strategy of capitalism not only to shape the world in its image, but to make it impossible to change direction and take another path, because it controls and restricts education, media, freedom of speech and political reform. It doesn’t matter how many scandals are exposed, ‘legal’ and ‘democratic’ channels do nothing to stop it. This too has changed in very recent history; no one likes the world as it is, or the way that those running it act, but we have come to think it is a waste of time trying to change it. The case against global Capitalism, for example, has been won over and over again by the various international and interconnected protest movements that have arisen since 2008. The vast majority of people affected by its excesses accept that at best it does human society and social economy more harm than good. But the state pro-actively and increasingly bails it out and props it up where it fails even on its own terms, and passes meaningless legislation against things like tax evasion which the internationally-greedy and their lawyers simply laugh at. Everyone shares this knowledge and few people disagree with the analysis. But far from being united by anger, it feels as though everyone is responding by looking out for themselves. We seem further from collective and sustainable class working class self-activity and revolutionary action than ever.

This despondency is understandable, but it is a mistake. True, whatever our rhetoric, we are very far indeed from a social revolution. So how do we change things? It is not unreasonable for anarchists to point out that we wouldn’t start from here! All other political systems have had their chance, and all of them have actively driven our ideology underground because of the threat posed to them by the possibility of a society which consists of BOTH maximum individual freedom AND social and economic equality. No other political system can offer this, but very few people have even encountered the notion. We have to continue to use whatever avenues we can to spread the message that it is both possible and realistic and take action to make our way of thinking more influential. So here are a few thoughts about how anarchists can improve the possibility of more significant change.

2016 was very demoralising, and 2017 is looking worse. Anarchists have tended to be enduringly optimistic about the revolutionary potential of the working class. Now it seems to be at an all-time low. But this only makes revolutionary analysis and social activism more important than ever. It is time to work out what to do for the best in the new political environment, and to do it.