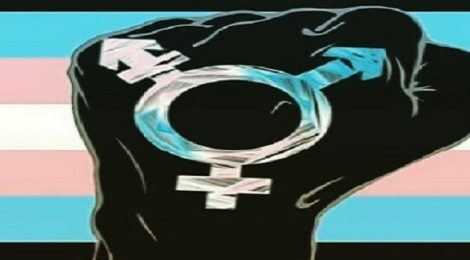 Trans Women are our Sisters

At our national Federation Delegate Meeting in September, The Anarchist Federation agreed unanimously to sign a statement “It’s spelt Sisterhood not Cis-terhood” by the group Sister not Cister. The statement is in solidarity with trans and non-binary people who face persecution by the supposed feminists frequently called TERFs (Trans-Exclusionary Radical Feminists). The statement itself explains the situation and context, which has arisen as TERFs use proposed reforms to the Gender Recognition Act (GRA) to impose their transphobic and bigoted version of feminism on all women.

But why does it matter that we signed? Because trans issues are not just a fashionable modern fad, or a ‘subculture’, as some on the left see things (and, illogically, some anarchists do too). Supporting the existence of trans women as women is not a bourgeoise diversion or cross-class ‘identity politics’. Neither is it just a simple matter of individual human rights – the right of people to identify as and to be treated according to who or what they consider themselves to be, as the GRA envisages. The struggle of trans people overlaps with the wider revolutionary struggle to which Anarchists contribute. That is to say, Anarchists should, and do, operate at the intersection between class struggle and the struggle for gender equality, to create a feminism which is open to everyone who wants to live both as freely and safely as individuals, and as people economically equal to everyone else.

It is a brilliant thing that so many trans women identify as anarchists. We want everyone identifying as anarcha-feminists to understand that tolerating views which undermine the struggles of trans women is akin to tolerating racists hate speech. A trans woman faces a type of abuse and violence in the street in addition to that which a cis woman from an otherwise identical socio-economic background does. Hate speech by TERFs against trans women is an attempt to deny them a voice and not to acknowledge their presence. In other words, to dehumanise them and deprive them of the sorts of social and political solidarity that other feminist women have access to. So it is vital that TERFs are not provided a platform.

The aim of TERFs is to spread lies and fear about trans women and about their intentions, so that cis-women feel afraid of them. Supporting a TERF’s right to do this makes the lives of trans people more physically and psychologically difficult and dangerous than it already is.

Here is the statement, and you and your organisation can sign the statement and contact Sisters not Cis-ters here. It’s spelt Sisterhood, not Cis-terhood statement hosted by Freedom News: https://freedomnews.org.uk/its-spelt-sisterhood-not-cis-terhood-statement/

And you can also get your comrades, friends and family to put the case in the GRA public consultation, and use the consultation to help us put our case. https://www.gov.uk/government/consultations/reform-of-the-gender-recognition-act-2004

Tags: feminism, gender, trans
← Call for transnational action in support of the Libertatia squat in Thessanoliki!
For the Balkans of struggle and solidarity – statement from the 12th Balkan Anarchist Bookfair →