Browse: Home   /   The far right and the street: Fascists murder anti-fascist in Paris 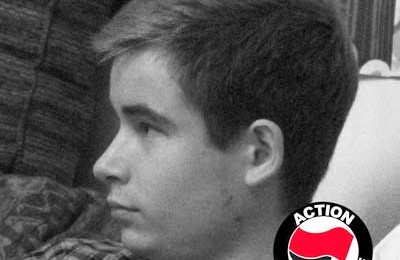 The far right and the street: Fascists murder anti-fascist in Paris

On 5th June 2013 a gang of fascist skin-heads attacked the militant anti-fascist activist Clément Méric, a 18-year old student. Clément was ambushed outside a shop in which he had challenged the gang. They then got reinforcements and waited for him outside. During the attack, he was struck in the face by a knuckle-duster, and as he fell his head hit a metal post. He soon died from these injuries.

The attack took place in the context of far-right mobilisation against gay-marriage, which has recently been legalised in France, the first wedding taking place in Montpellier last week. This reform of French law has left the soft- and hard-right marginalised and put them in a mood to impose intolerance where they can. Homophobic attacks have risen three-fold; anarchists have mobilised against this; fascists and antifascists have clashed.

The Anarchist Federation in France (FA) has issued the following statement:

‘Clement, 18, is dead, killed by fascists on June 5 near Saint-Lazare railway station in Paris. These words are enough to say how serious the situation is.

Fascism and fascists do not belong to the past, the threat is still there,
as they have shown us. Against them, we need to organize, stick together
in a block. We must show them that we will always be there to stand in
their way. That their ideas do not equal ours, that there is no debate to
be had.

We also need to strongly denounce the unwholesome and politicical
appropriations which have already been implemented by social democratic
organizations which are absent from the field of antifascist struggle.

We especially have the “UNEF” (Student union) and the “Left Party” who
have not waited and have organized separately a gathering in honor of our
comrade. Though absent by their acts, these people take ownership of the dead. We can already hear them appealing to Justice, the State, the Government
to prohibit the fascist organizations, but for how long have the
revolutionary groups and organizations been warning them?

Clement was an activist in the Paris-Suburbs Anti-Fascist Action, a
student member of “Solidaires” (a trade union organization), an
antifascist and a revolutionary.

The Anarchist Federation modestly address condolences to the family and
friends of Clement, and says it will join with all revolutionary,
progressive and honest forces to pay tribute to Clement and continue to
uphold his commitment, which is not dead with him’.

As with the murder of the soldier Lee Rigby here in Britain, the right has taken advantage of an emotive national story to push their way more forcefully into daily life. In France they feel brave enough to attack a lone antifascist, who was out shopping; here to fire bomb a Somali community centre (EDL – whether you did it or not – we hold you responsible).

The FA statement expresses the frustration of militant anti-fascists with the way in which the centre ground has cynically moved to take control of popular working-class outrage at the murder. President Hollande says “These violent people deserve the heaviest of punishments. These groups which have been creating disorder for too long must be suppressed.” This misses the point. Fascism must be defeated from below. It is the collective political identity of the working class that will determine the future shape of society. State repression of the right can reduce the number of attacks by the right and make it harder for them to mobilise, but ultimately it fosters social dependence on the state. The right must ultimately be defeated by a working class united in solidarity on the streets.

See also: One of the many videos of large anti-facist demonstrations in France, in tribute to Clément – http://www.youtube.com/watch?v=8F5pjdvs2ps

(other videos can be found by an internet search on ‘Clement Meric manifestation’ ).