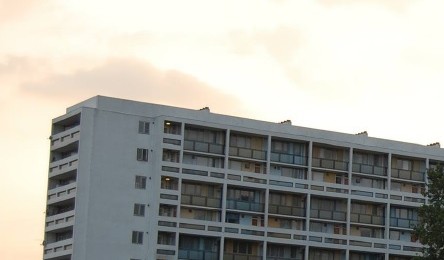 Online ordering of issue 84 from AK Press and Active Distribution.

Editorial: What’s in the Latest Organise!

As this issue of Organise! goes to press at the time of the election. As we say here, whoever wins the election the governments always gets in. Whichever brand of politician ends up in the majority or whatever coalition is lashed together we know that the current programme of capitalist austerity will continue.

It will result in even more devastating cuts than we have already experienced, coupled with a strengthening of police powers to curb any opposition. As the crisis that is capitalism rumbles on, we must be prepared to fight against its latest representatives whoever they may be.

Fight for the City explains some ways in which opposition can be developed, in this instance focusing on the housing struggle. Social cleansing and gentrification, another facet of the capitalist crisis, are effecting towns and cities across the world with increasing speed and we must learn how to organise against them with similar speed and tenacity.

We also include an in-depth analysis of the resistance to austerity in the UK so far. Looking back over the past five years of Student Occupations, TUC strikes, UK Uncut Actions and mass rioting. We take a look at the strengths and weaknesses and how we can build a more effective resistance.

Another aspect of the crisis of capitalism is the descent into war and barbarism. We look at the various plays of both the big powers like the US, Russia and
China and local powers like Saudi Arabia, Egypt, and Israel in the Near and Middle East. Our opposition to capitalism and the State must always have a strong anti-militarist and internationalist emphasis.

We include a critical look at the situation in Rojava from French revolutionaries, which questions the rebirth of the PKK into libertarian organisation.

The question of voting, not voting, and what we can even vote for anyway, is discussed in Crystal Balls. This theme is continued in the article on what the Suffragettes won for us, with a no-nonsense view on the use of Parliament by Sylvia Pankhurst to back it up. This is followed with a look at the contemporary
Anarcha-Feminist movement with a report from AFem 2014.

Also in this issue is an article on the Belgian painter Theo Van Rysselberghe, who like many other painters in France and Belgium, took up the anarchist cause. In addition we have our usual book reviews, which includes a look at a new collection of the writings of Malatesta, one of the most pragmatic of anarchist revolutionaries, and a book on how the State usedthe most ferocious means to crush the IWW, a mass organisation of the working class, in order to protect their war interests.

We finish this issue of Organise! on a sad note as we remember Colin Parker, one of the founders of the Anarchist Federation, who died early this year.

← Founding statement of the Anarchist Federation of Central America and Caribbean (FACC)
New publications from the AF for October 2014 →
Posting....
Skip to content