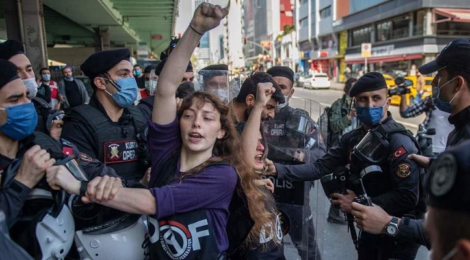 May Day 2021 arrests in Turkey

A message in English from our brave comrades in Turkey in the DAF (Devrimci Anarşist Federasyon) after May Day 2021 actions in two cities, referencing Haymarket Square, Chicago 1886 and the fight of organised labour for the Eight Hour Day. At least 9 of the 19 from one of the Istanbul areas were reported released the following morning (see Facebook link below).

On 2021 May Day, as Revolutionary Anarchist Federation, we walked to Kızılay Square in Ankara and Taksim Square in Istanbul. 19 comrades were detained in Mecidiyeköy and Kazancı Yokuşu in Istanbul and in Meşrutiyet Street in Ankara. On May Day, when they tried to ban it under the pretext of the coronavirus crisis, we crossed the bans with our fight.

May Day is our fight day. Today we are growing this struggle, which we started in 1886, with the same courage. As those who resist in the streets despite all the prohibitions and obstructions of the power mechanisms, we have shown once again that May Day cannot be banned. As Revolutionary Anarchist Federation, we organize anarchism and continue this fight which was inherited from our comrades in 1886.

May Day is Fight, It Can’t Be Banned! 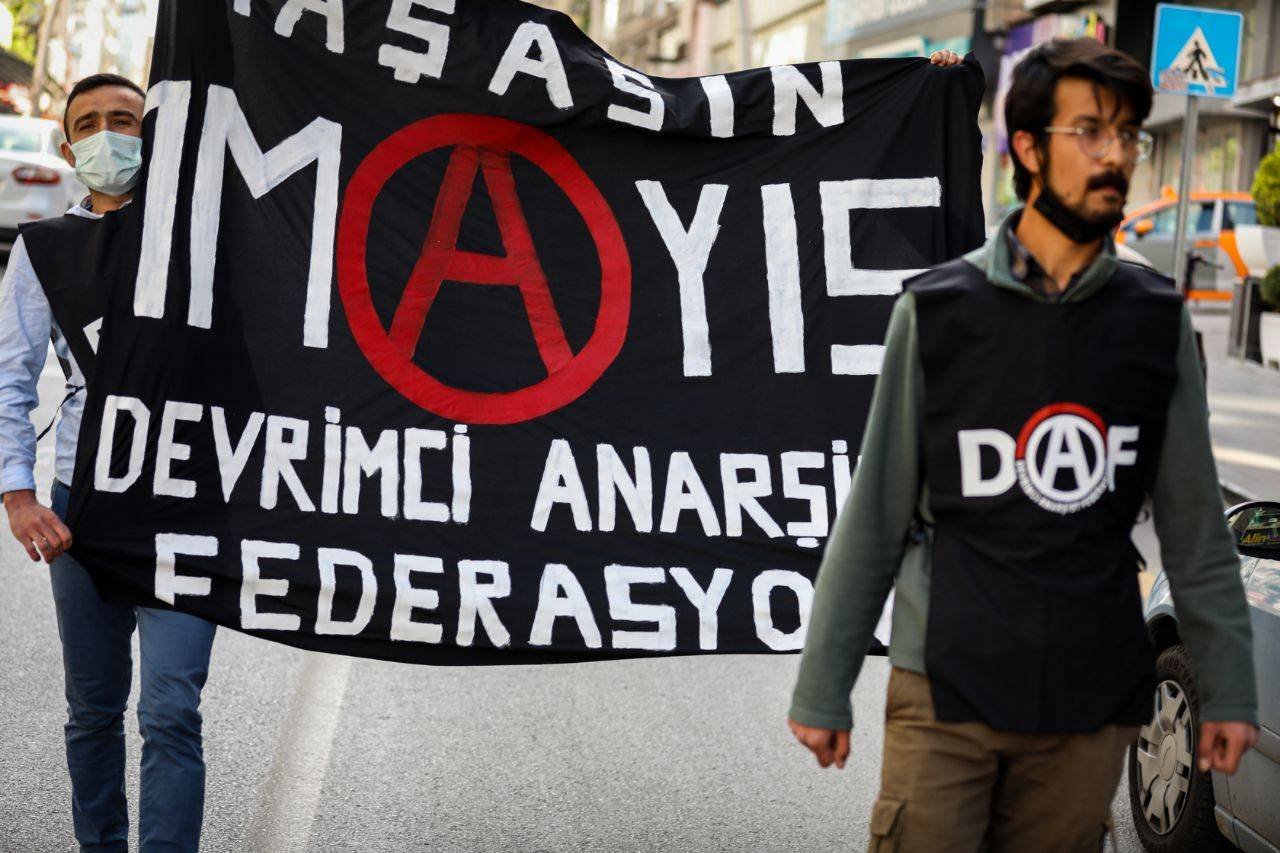