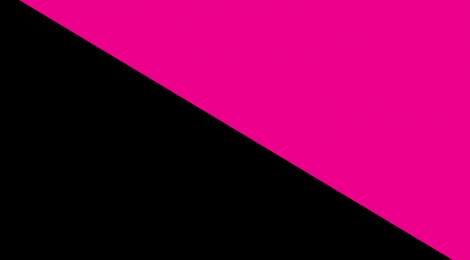 It’s not my intention to simple ask for a complacent acceptance of trans people- for people to just stop insulting us and beating us up…  I want to talk about transphobia as an issue that affects all of us- and that we can all play a part in fighting.  We must, as a society, be better at gender.

In the womb we all start off as female.  People who come out as little boys are changed during the pregnancy when testosterone is introduced.  The clitoris grows and becomes penis, and the labia becomes a scrotum.  Woman are so-called because they’re meant to be like men, but with wombs- womb-man.  But in reality, men are women with big clitorises.  Bigclits.  Most people come out with either a vagina or a penis, but some people are somewhere inbetween- these people are ‘intersex’.  As soon as we’re born boys and girls are treated drasticallly differently- boys are given lego, girls are given dolls (and then people wonder about the lack of female engineers); girls are encouraged to care and talk about their feelings, whilst boys are told to be tough.  Every boy and girl, to some extent, has to grapple with the difference between who they are, and what a Real Man is.  What a Real Woman is.  Every body suffers from the invention of the Man and the Woman.  And I consider myself an extreme casualty of this- I don’t really consider myself a Man- but I know, violently, that I’m not a woman.  I think that transpeople generally are an extreme casualty of this problem.

Society is organised into men and women and I don’t fit into either.  If I were to have to go to prison, I could either be a man in an all female prison, or a man with a vagina in an all male-prison where privacy is not exactly a priority.  If I were to be arrested and strip-searched I’ve got a choice between a male officer or a female police officer.  But I’m not a man, that is not my sex, I am a transexual.  There is now a Gender Recognition Certificate so that I can be recognised as either a Man or a Woman by the state.  But I am not a Man or a Woman, I am a transexual.  I could be treated as a man, go to a male prison, be searched by a male officer, get married to a woman.  But I don’t want to get married, I don’t want to live in a society where people are sent to prison and strip searched by police.  I don’t believe in leading a fight where we’re asking the government to deal with us more efficiently, to oppress us better.  I don’t want to be integrated better a rotten system, I want something different altogether.  I want to take part in creating a better world.

Prejudice against transmen, that’s me, is based on the sense that we’re trying to muscle in on the privilege of being male that we don’t deserve, we are inadequate, we don’t have penises, and if we do, they’re either weird and tiny or crap.  We’re inadequate men, with big bums and crap willies.

Prejudice against transwomen is based on the sense that they’re degrading themselves, they’re funny, a joke, why would you want to be a woman? They’re trying to take a step down in society.

So transphobia is rooted in sexism.  Some people believe that transwomen can’t possibly know what it’s like to be a woman because they haven’t experienced sexism.  But the transphobia that transwoman get IS sexism, multiplied by a hundred!

Some people say that trans men are just trying to escape sexism by turning into men.  Let me tell you, when you’re a transexual, you do not escape sexism, you are pushed right into an enormous swamp of sexism.  When you experience both sides and more, you begin to see the sexism, you notice it when other people don’t, when you play with gender you’re witnessing the flow of power.

Sexism, and more specifically this form of sexism which is a reaction to people’s gender deviance- not being a Proper Man, or a Proper Woman, is something that seems to be ignored.  It plays a huge part in homophobia- A gay boy, who is very masculine and handy with his fists is not likely to be bullied at school.  School kids don’t usually see what their school mates find sexually attractive, they see how they behave.  Effeminate boys are bullied for being effeminate- and the words the kids use are gay, and batty boy, but they’re being bullied because they’re not acting like Real Men, this is sexism, but we call it homophobia.  And when you call it homophobia, what organisations are there helping the effeminate straight boy?  He’s being told that it’s okay to be gay, but no one’s saying that it’s okay to be a bit girly.  This is the same bullying that transexual people experience in the extreme, but it is in no way reserved for us.

The invention of the Real Man and the Real Woman is enshrined in the economy.  For as long as someone has to work all week to get a wage, to survive, and for as long as we have babies that have to be looked after, someone else has to work in the home, and bring up babies for free.  At the moment, most of the time, the man works full time and the woman works for free in the home.  It’s the unpaid labour that keeps the whole system running.  Take it away, and the whole thing collapses.  But that won’t change by messing around with gender, or by swapping it around and turning the patriarchy into a matriarchy, or mixing it up, or by taking turns… or by paying another woman minimum wage to do the job instead.  For as long as this system keeps going, someone has to work in the home for free. And this is one of the most fundamental injustices the forms the foundation of our economy.  As much as transgendered people might highlight that these are not two unchanging natural roles, a liberal plea for tolerance is not the force that will bring it down.

I want to come back to this idea that we need to, as a society, as a community, be better at gender.  The transition from one gender role to another is not just about surgery, in fact surgery plays a very small role in it.  For the most part, transition is social, because gender roles are social.  As I mentioned before, I lived for 12 years as male without any surgery or hormones whatsoever.  I now fit into the category of male because people call me ‘he’ and regard me as male.  The fact that transition is social seems to be lost on most people, when someone comes out as trans, people tend to wait until that person is manly, or womanly, enough to convince them.  The onus is put on the trans person to “act like a man” or “act like a woman” just to have their identity respected.  This often means, that for transmen, we are rewarded for acting like macho idiots, for only then will people respect our identity.  It should be everyone’s responsibility to respect someone’s identity, to play a part in the journey to becoming comfortable in their skin.

What is it we want with our Pride Marches and our activism?

The freedom to walk down the street, dressed how you like, kissing who you like, in a couple of expensive areas of central and west London?  What about kissing in Clapton?  Stratford? East Ham?  What about being free in our working class communities where we actually live?  When will we be free to express our love, our gender, our bodies without fear of being beaten up by gangs of teenage boys?  And what about those teenage boys? Our neighbours?  When will that teenage boy feel free to suck off his mate, or wear a dress, without fear of complete rejection or without thinking that that would make him an entirely different person?

It might be tempting, for those middle class homosexuals who have achieved their freedom, who are happily walking hand in hand down their little street in Hampstead, to pull the ladder up behind them and not be associated with transgenders, with us deviants, or with us working class queers in areas like Hackney, who still live surrounded by homophobia, transphobia, sexism.  I think we can see that temptation when we look at what London Pride has become.  And that’s why it’s important to have events like this, to keep our grassroots activism, and not accept anything less than absolute and complete freedom.