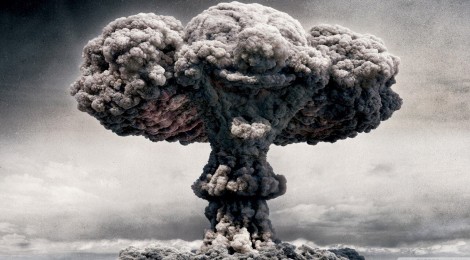 Guide for collective survival in times of mass destruction

An article from the Assembly for the Circulation of Struggles about the recent referendum (05/07/15) in Greece.

We are living in historic times; thus, let us get a couple of things out straight. First, this crisis is not an exclusively Greek phenomenon and is not just an economic crisis. It is a global crisis that affects the profits of bosses as well as a crisis of capitalist social relations in general. Second, the crisis is not just a moment of disorder and a chaotic collapse (although such moments do exist), but rather a historic process for the capitalist restructuring of social relations in favour of capital. Therefore, the so-called measures for overcoming the crisis are nothing more than what the bosses of this world have in store for us. Third, this crisis is not going to be resolved to our benefit through high politics; it cannot be surmounted in our favour at the state level. Thus, it is not a matter of governmental decisions that will “cut off the debt”, “repeal austerity measures” and “ensure growth”; On the contrary, the answer to the crisis for those from below lies in class struggle and social antagonism against the intensification of exploitation and oppression.

As of 2010, a new cycle of struggles against the politics of austerity and the devaluation of our lives emerged. Struggles took place within the public and private sector, as well as at the level of social reproduction (e.g. transport, education, health, energy, etc). The most massive and confrontational moments of this cycle of struggles took the form of militant demonstrations, either in the context of an officially called strike or without it. These struggles showed their potential and limits almost simultaneously. On the one hand, there was mass participation in a determined and confrontational manner; these struggles triggered political instability and caused cracks on the surface of the austerity programs through the creation of a number of self-organized open assemblies and solidarity structures in the neighbourhoods of Athens. On the other hand, struggles such as these remained tied to an anti-memorandum rhetoric and evidently fuelled by the expectation of the ‘big night’ that would force those in power to call off all austerity measures (or even to flee the country). In sum, however, these struggles did not manage to bring immediate, material results that improved the everyday living conditions of the exploited.

In this context, after the movement’s gradual retreat over the past two years due to Samaras’s terrorist repression, the coalition government of SYRIZA-ANEL was formed in January 2015. The coalition government supported the anti-memorandum, patriotic rhetoric by bringing its right and left-wing variations under the same roof. Furthermore, SYRIZA’s tactics prior to the elections were raising significant barriers for social struggles, since it explicitly or implicitly postponed their ultimate justification for the day after a possible electoral victory. This persistent promise of an electoral solution to class struggle in essence undermined the class content of many of these struggles as well as the possibilities for autonomous organization from below. In the same direction, the electoral promise of SYRIZA was to formally abolish the memorandum and its subsequent implementing legal acts right after its rise to power. The content of the pro-SYRIZA vote had characteristics similar to those of that particular cycle of struggle: it was at the same time a class-oriented vote, but also a nationalist and populist one. The ideological surface of SYRIZA’s calls for “national unity” under the “first ever left-wing government” was concocted to underline its electoral victory, and occluded its attempt to express class interests and social relations which were in profound conflict. In essence, it took it upon itself to reconstitute the state as political mediator in times of crisis, ultimately aiming to achieve a temporary social peace. In order to achieve this, it had to gamble on (and win at a considerable level) the support of workers and unemployed people, as well as on the support of parts of local capital as well as larger fractions of capital. Additionally, it was required to integrate a part of PASOK’s state bureaucracy and political establishment (together with its weakened patronage network), but also to ensure the co-operation of the ‘deep state’ bureaucratic and clientelist mechanisms, by exploiting the willingness of ANEL to form the coalition government. In this way it aimed at the continuity of the state both as a mediator of class interests and as political form.

There should be no more doubt that the SYRIZA-ANEL coalition is just a continuation of the politics of capitalist restructuring. This doesn’t mean that its approach on administration is identical to the administration of ND and PASOK. First, SYRIZA was willing to make some concessions ensuring civil rights and free up some political space on its left, as long as this didn’t question the core of capitalist restructuring. Secondly, SYRIZA tried to handle the situation not in terms of a ‘state of emergency’ and mass repression as its predecessors did, but aiming towards social consensus through a discourse of “humanitarian crisis management”. At the same time, it cultivated a public profile of ‘tough negotiator’ in EU bodies, even if at the same time it was gradually retreating in negotiations; inside Greece and abroad it was following a “promises for all” tactics by gambling on EU stability and supposed initiatives for finding political alternatives.

After the negotiations ran ashore, it has become clear that the political line of SYRIZA to manage the crisis via a “soft” memorandum has failed. After the memorandum drafts exchange with the European “institutions” (which differed on specific class goals) the call for a referendum looks like an effort to remain in power, rather than a well-planned political move that takes into account the repercussions of every option. In other words, SYRIZA was driven to a referendum since it couldn not “sell” a new memorandum to Greek people without collapsing and losing power. The spasmodic and highly contradictory management tactic that followed the referendum announcement, and its inability to foresee the banks’ lockout and its practical consequences, shows that SYRIZA’s rote as a political manager of capital’s restructuring is currently running ashore paving the way for a long-anticipated state default.

In regards to the referendum itself, we should clarify that it is an imposed top-down dilemma set in a context where the movement’s processes are in retreat. It is more than clear what voting for YES stands for and what political results it will produce: an affirmation of a strict neoliberal restructuring and a rapid devaluation of labor and the standard of living; the next steps after a YES would be elections, formation of a pro-memorandum coalition government, implementation of the new austerity measures and, most probably, extreme repression. It is evident also, who are for this choice: the vast majority of bosses, who are blackmailing and threatening workers in their workplaces, the mass media mob, who spreads terror on a 24/7, the political personnel of the bourgeoisie, but also a fraction of the exploited that have still something to lose, or have been won over by fear. On the other side, things at the NO vote barracks are way less clear, since it will aggregate refusals of the austerity measures that come from very different or possibly conflicting contexts: ranging from NO votes from grassroots class movements, to explicitly nationalist NOs from people who are not against political mediation but just “don’t want the (foreign) creditors to be in charge”. What is clear though, is the way that SYRIZA is going to manage a NO after the referendum: as another negotiation card, to achieve a deal, i.e. a new memorandum that will not bring any substantial improvement for the everyday life of the exploited. Even if developments are difficult to predict, we can’t attribute to a referendum meanings that it cannot carry:. For instance, to assume that a NO vote will definitely lead to the release of a social potential through ‘mass spontaneity’. At this moment, when the forms of class organization of a previous cycle of struggles are in deep crisis, it is too optimistic to believe that a NO vote will magically solve all the pre-existing problems.

In any case it is necessary to clarify the following for the purposes of grassroots social movements: First, that the referendum has intensified class polarization, refracted though state politics and, at this moment, disconnected at the grassroot level. Second, although both options lead to a new memorandum a possible victory of YES vote, after five years of a predatory capital restructuring, will be a symbolic victory of the class enemy that could damage the collective morale of the exploited and could cast a shadow in the class struggles for several years to come. We consider it a serious mistake to underestimate the practical consequences of this symbolic victory.

For us, however, it is equally short-sighted to say that the political issue of this period is condensed exclusively in the referendum. We do understand the dilemma posed to us as political subjects between supporting the NO vote and abstaining from elections. But whether the developments that follow lead to new elections and subsequent implementation of the EU’s strict memorandum or a ‘lighter’ memorandum enforced by the existing government, the game seems to be lost for capitalist normalcy and social stability. The queues in front of ATMs, the lack of liquidity and the widespread panic is not going to disappear as if by magic. The question posed to us is urgent: how do we manage to survive and keep sane at the same time? How do we stand collectively in the streets next to each other? There is a number of pressing class and social tasks to which we must respond to immediately, in an organized and collective way, so that fear and (state or diffused) brutality won’t answer first on our behalf. First, we must find a way to ensure we get paid our working wages, claiming what is owned to us directly from our bosses, without accepting any pretences. Second, we must work to ensure a default from below, so that we do not pay a single euro (or a drachma or a ruble) for telephone, electricity, rent, transportation and healthcare bills. Third, we must find a collective way to cover the lack of drugs and essential supplies, to impose to bosses their free distribution on supermarkets and pharmacies. Finally, we have to take advantage of the wealth of our social relations to create (or expand already existing) communication and debate networks, empower assemblies in spatial and temporal terms, thus, to achieve real communities of sharing and struggle. We have to support each other, to find direct collective ways to meet our needs, before these needs crush us.

Assembly for the Circulation of Struggles