Browse: Home   /   Climate Camp and Us – a perspective paper 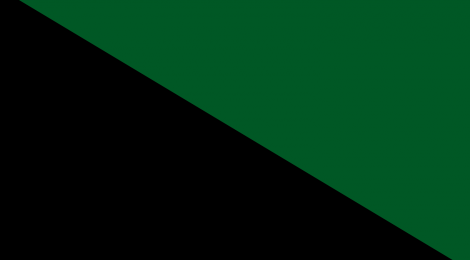 Climate Camp and Us – a perspective paper

The 2009 Climate Camp, sited this year in Blackheath, London, saw continued debate over the future direction of the struggle against climate change. As a part of this, anarchist and libertarian communist activists hosted a debate on what we saw as a growing trend towards Green authoritarianism within the movement. Key concerns discussed included the assumption within some sections of the movement that the state can be used as a tool in combating climate change, and the general danger of the state co-opting the green movement and stripping it of its radical potential. While the ecological crisis is a pressing and potentially catastrophic issue for our class, it should also be understood as one in a series of crises, economic and political, that are created by the very nature of the capitalist system.
A lengthy debate followed amongst campers in attendance. The points that were most commonly raised were:

Following on from this debate, we felt it was important to work out what place we, as anarchist communist militants, can have inside this movement. It has become increasingly obvious that, despite a commitment to direct action and horizontal organisation, anti-statism is by no means a widely held principle inside this movement. The Climate Camp is moving further and further away from the radical, anti-capitalist politics of the organisations it grew out of, such as Earth First!, the 90s road protests, or Reclaim the Streets. While this movement has equipped itself with the skills (direct action, media relations etc.) and the knowledge (scientific analysis) to intervene in the climate change debate, it has not really worked out what its future political direction will be. The direct action, climate change movement has moved over the years from being fairly politically homogeneous, to being quite wide and diverse. While this has been positive in terms of building mass support, this growth has not been accompanied by any real, meaningful commitment to political debate. The result is that it is action against climate change (whatever that may be), not any sense of shared aims and values as a community of activists, that is holding our movement together. With this year’s camp having less of a focus on mass action, the real contradictions inside the movement are starting to show.

This is most strongly shown, as ecological campaigning is starting to spread into the workplace, in the wholly uncritical way that many Green activists have adopted the strategy and tactics of the traditional Left. Calls for nationalisation, eco-lobbying and work within the trade union bureaucracies have been widely accepted as legitimate tools in our struggle. Without an analysis of capitalism, and an understanding of the historical successes and failures of the workers’ movement, we leave ourselves exposed to recuperation by existing political organisations and elites (whether from Right or Left). With the possibility of a “Green capitalism” on the horizon, we’re uncertain how committed many activists will be in the face of a potentially carbon-reduced, but still capitalist and therefore unstable and exploitative, economy.

The “anti-capitalism” that is common amongst camp participants is one that objects to capitalism in its excesses, i.e. in the destruction of the planet, not in its everyday functioning. This was particularly obvious at the discussion on “anti-capitalism ten years after Seattle” – while this should have been one of the more radical, politically sophisticated discussions, the speakers still tended to present a view that saw capitalism as a system that only really harms the most super-exploited portions of the “Third World/Global South”‘s population, and anti-capitalism as a matter of exotic, idealised people on the other side of the world fighting back. In this worldview, the role of activists in Europe (i.e., everyone who was actually there for the discussion) was simply to provide verbal solidarity with the Bolivians and South Africans in their fight against capitalism, not to take practical action right here and right now for our own class interests. The class nature of climate camp has been much discussed, and we should be careful to avoid falling into simplistic sociological views of class, but at the same time it’s hard to imagine anyone who’s had to deal with the miserable reality of working-class life for many people in Britain talking about anti-capitalism as if it was simply a process of cheering for the good guys in Asia or South America, and failing to see that any meaningful, effective anti-capitalist movement must be rooted in the struggle to win control over our own lives.

We feel the movement is at a cross roads. Much of the radical base has slipped away from the camp and our ideas are being lost. This is reflected most strongly in the changed dynamics and culture in this year’s camp. A lack of mass action and the “softly, softly” approach of the police meant that some aspects of this year’s camp resembled a festival more than a political gathering. The debates and discussions in the neighbourhoods were largely concerned with the anti-social behaviour of campers on site towards other campers. There was even some support for the idea of allowing the police to enter our autonomous space in the spirit of future “good relations”. Again, this in itself shows the naivety of many campers, and the narrow social base from which the camp was drawn: no-one who’s had much experience of the police (whether they’ve encountered them in the course of political activism, ecological direct action, or just through the experience of being an ethnic minority or “underclass” youth) could be taken in by the police’s strategy towards the camp, which essentially amounted to a well-thought-out PR campaign. In truth, the only real political work that has come out of this camp is the “eco-lobbying” of the media team, aided by spectacular “direct” action geared towards generating media commentary (in truth, many of this year’s actions were not direct in any meaningful sense of the word, just purely liberal protests). These are also roles that are routinely filled by those from high income backgrounds. The voice of Climate Camp is overwhelmingly white and privileged.

It is true that anti-statism is not a stated principle of the camp, but we believe that true anti-capitalism cannot be separated from anti-statism. The state is a fundamental part of capitalism. As anarchist communists, we reject state structures and argue that they are incapable of either preventing climate change or creating a better world. Instead, we focus on inclusive, participatory solutions that work from the grass roots up, educating each other about the alternatives that we can build today, and by extension how we see an anarchist-communist society operating. The goal of stopping climate change is vitally important, but so is radically changing society, and we believe that you cannot do one without the other. The state has never played a progressive role in society. Its purpose is to secure, maintain and promote the power of the ruling class. Where radical movements have arisen (in workers struggles, suffrage movements etc), the state has fought and repressed them. Where the state can no longer just rely on violent oppression, it incorporates some of the movement’s demands into its existing structures in order to strengthen them. Past radical movements have been recuperated in the same way, and there is a very real danger of the Climate Camp being turned from a genuine movement for social change into a lobbying tool for state reform.

With regards to the climate crisis, estimates for the time we have left vary from 10 years to 100 months, 5 years, or years in the past depending on who you talk to. The one thing we agree on is that time is of the essence. There is a broad assumption amongst our critics that the state is able to act more efficiently than the anarchist “alternative” we are proposing. The simplest argument to raise here is that the state, capitalism and its way of managing society have gotten us into this mess, so it seems unlikely that they’ll get us out of it. Their way of running the world has landed us in climate chaos, with the logic of profit and the market economy coming before all other concerns. The state’s purpose is to secure the status of the ruling class and protect their profits against any potential threat, to make sure that the smooth running of the economy is not disrupted. We have to raise the question of whether this institution will take the drastic actions we need to combat climate change? Is it able to act against the capitalists who hold its reins?

The origin of Climate Camp’s politics are in radical direct action to inspire and demonstrate how a more ecological society can work. The only way a climate crisis can be averted is by radically changing society. Only by a conscious effort of every person to act more responsibly can we change how we operate, how we produce, consume (or more importantly NOT “consume”) and live. But we believe the only way to accomplish this is from below, by inspiration, example and education. Not by taxation, involving the state in our lives and encouraging them to monitor our actions. How can we possibly preach the need for responsibility and reduced consumption whilst with its two hands the state continues to feed capitalism’s excesses and beat down any alternative movements? Likewise, it is naive to believe that top-down state control and bottom-up social movements should be working side by side to combat climate change. Suggesting that state control can co-exist with a movement that advocates radical social change is not only counter-productive, it is completely irrational. The state doesn’t want us to change, it certainly doesn’t want us to stop being good happy consumers who perpetually buy new cars, shop at super-markets and keep voting for things to stay the same. If ultimately all we want is better laws and state intervention on climate change, then why participate in a movement that openly breaks the law and challenges the power of the state?

Despite all this, there were also some very positive developments within the camp. The involvement of campers in the recent Vestas dispute and the Tower Hamlets strike showed a commitment to breaking out of the Green activist ghetto. The importance of workplace organisation as a critical tool in anti-capitalist struggle is gaining greater credibility, and this is the direction we need to take our struggle if we are to expand our movement, generalise our demands and take our place as part of a continuing culture of working class resistance. We have no doubt that anarchist communists belong inside the ecological movement. The positive examples displayed by the organisation of the camp and its decision making structure are important. Climate Camp potentially represents a useful tool for workers in struggle, helping to bring the lessons of collective living, horizontal organising and direct action to a class that is being battered by economic recession. The future political direction of the camp is key. We need to expand the debate and clarify the direction of our movement. When political conservatives, corporations, and even fascists are “turning green”, it is no longer enough to avoid debate and declare we must simply do “everything we can” to avert the coming crisis. At the end of our speech we posed a question to the Climate Camp and we feel that collectively we are still far from reaching a definitive answer.
Do we want to simply change the way that the current economy is managed or do we want to build a truly radical society? Do we want a bigger slice of the cake, or do we want the whole fucking bakery?