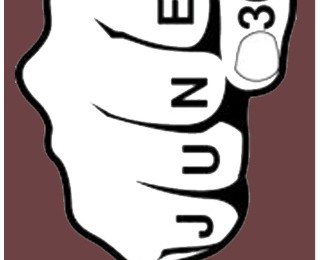 Nearly a million workers will be striking and demonstrating on June 30th- workers in education, the civil service and the London underground. This is a further sign of widespread anger within the working class at the package of austerity measures unleashed by the government. We have already had the student demonstration which ended with the Millbank occupation, the huge turnout on March 26th as well as many local actions including strikes, blockades, marches.

These austerity measures are hitting us, the working class, through cuts in the NHS, fast rising unemployment rates, rounds of redundancies, whether so-called “voluntary” or compulsory, wage freezes, cuts in disability benefits, and cuts in local services as well as an attack on pensions, which is a major reason for the June 30th actions. People will have to pay more for their pensions, will have to work longer, and at the end, get a smaller pension.

It seems exciting that so many workers are coming out at the same time. However, union leaders will not go far enough, and will seek to channel our anger and dissent into weak and tokenistic forms of protest. Those of us in the striking unions have been balloted for discontinuous action – giving us the option to stage multiple strikes. We need to make sure this happens, and that these strikes are as far reaching and militant as possible including further strike action in October. But not all public sector workers are striking, and the private sector is out of the equation.

This should not be an occasion to let this go by passively. The day of action can be made more effective by:

• Strengthening the strike pickets as much as possible. Everyone should support these by going to their nearest picket. This means not just workers in that sector but everyone who is affected by the cuts- other workers, school students, FE and HE students, pensioners, the unemployed
• Refusing to cross picket lines
• Joining the strike even if you are not a paid up member of a union
• Organising meetings in the workplaces in the run up to June 30th to get maximum support for the strike
• School students and further education students ( where they are still at school because many terms will be ending) should turn out to support teachers and lecturers and organise their own actions
• Most university students will have finished their academic year. However, where possible they should support the strike pickets and demonstrations where they can
• The widest possible solidarity has to be reached between teaching staff and support staff. In all sectors, whether education, the civil service or transport the greatest involvement of those not “officially” on strike
• Encourage those who feel they cannot take part in supporting the strike including workers in other sectors to phone in sick on the day
• On June 30th delegations from picket lines to visit other workplaces to encourage solidarity action. The organisation of local marches and assemblies where possible

June 30th has the potential to be a huge display of anger at the cuts that are being imposed. The more successful, the more who turn out to strike and to support, the greater the encouragement to carry on ongoing actions that don’t just involve one token day.

We have no faith in the trade union leaders to successfully “lead” the fight against these austerity measures. Neither should we place trust in the Labour Party. They were the ones who started many of the measures that this government has carried on. Where Labour runs local councils it implements the cuts packages. Labour tells us that cuts are necessary, it’s just that they will do it in a “kinder” way. How many Labour MPs have you heard justifying austerity measures?

No, we have to rely on ourselves, on our own organisation. We can carry on the fight through mass assemblies where everyone can put over their view, where any delegates are mandated and subject to recall. We can win this fight against these austerity measures. All over the world we have the example of ordinary working people suddenly discovering their own self confidence and their own ability to organise and to resist, no matter what the odds. 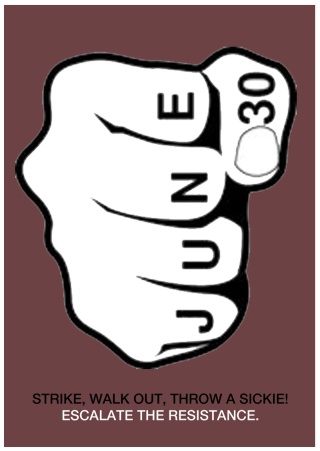 image from the J30 Strike Assembly