Browse: Home   /   An Urgent Message for Everyone Joining the Extinction Rebellion 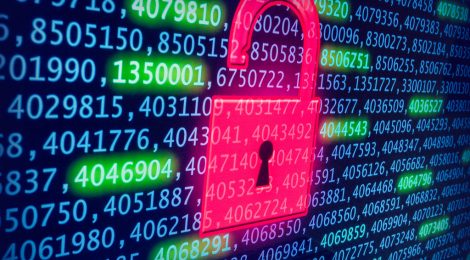 Update: Since this was published Extinction Rebellion (XR) have responded by changing their online data collection and contact forms in a way that adequately responds to the concerns raised, and we thank them for it. We do however, still feel that the article is worth reading, as it contains useful information about how the police and government attempt to stop protest movements, and on why electronic security is important to us all. 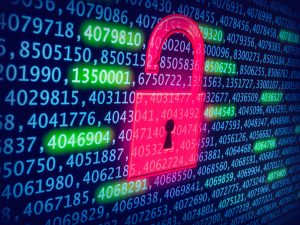 Whatever your opinion on the Extinction Rebellion (XR) campaign, if you want to sign up, please, please, please, don’t use their ‘pledge of rebellion form’. Especially not on the website. Protect your data! Send ’em an email, meet some folks in person, and be careful about what data is recorded. Not just for yourself, for all of us.

First off, I also don’t want the governments and corporations of the world to continue to devastate it for the profit of the wealthy few, we certainly don’t disagree on this. We may (or may not) disagree on many things, strategy, opinions, organisations, but I’m not writing about these. I’m writing about something far smaller, but still massively important. A single contact form, that puts you, me, and all of us miscellaneous rebels at significant risk, for little reward.

The Extinction Rebellion (XR) pledge of rebellion contact form is the cause of this danger (this screen shot was taken this morning, there have been some minor changes since). If you have joined XR, or been to their protests, do not take this as an attack on you. It’s an urgent message, but I hope one that can be taken in a constructive and friendly manner, though this is always hard on the internet. If you’re reading this and you’re part of running XR, please get rid of that form ASAP! For those who haven’t seen it I’ll go through it now, and for those who have, if it’s not immediately obvious to you, I’ll explain why it is such a risk to us as individuals, and as a wider movement.

The form starts by asking for your name and contact details. Fair enough perhaps, they need to know what to call you and how to get in touch. Though it is a bit more than this, with form written as a ‘pledge’ (encouraging you to use your ‘real’/legal name) and for all your contact details, including full address and phone number.  It’s asking you to explicitly identify yourself in an easily traceable way.

Remember, this isn’t just activists that are part of Extinction Rebellion you are identifying yourself to. It’s Google (who host the form), and by extension the police and intelligence services. Edward Snowden confirmed what many long held to be true, the state can, and does, extract massive amounts of personal data from corporate sources. Even without this, any centrally held data is a risk. Lapses in security may allow the state to access it remotely, companies who spend millions on security have, almost routinely, had customer data compromised, if it can happen to them, it can happen to XR. Such a large central repository would also be a definite priority for any informants or undercover operatives to obtain, even simple mistakes could lead to this data being leaked.

Ok, so many of you will already be wary just based on this. Things get much much worse however, both in the form and in the potential uses of the data. The latter will not be immediately obvious to anyone who hasn’t studied and thought about how modern intelligence works when applied to protesters, activists, and quite literally everyone else.

The next thing you are asked on the form is if you would risk arrest and prison. Now, all of us risk arrest just by turning up at a demo, what with fair play and justice not being priorities in public order policing, but most people do their best to mitigate this risk one way or another. What is being asked here is if you would be willing to either commit an act of resistance that risks arrest, or, as is a main strategy of XR, deliberately act to get yourself arrested as a form of protest. This is of course useful information for XR to have, but it is also incredibly useful information for the police and intelligence services to have. Now they know if you’re willing to disobey, if you are a direct risk to the current order. 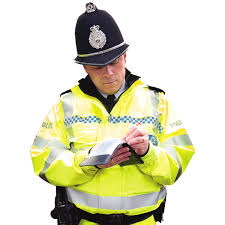 ‘Did you travel far to get here today?’
Police are always gathering intel

Other questions, thankfully now removed, included, ‘Facebook Name’, involvement in other ‘Networks and Organisations’, skills, capacity, what you might attend in the future and more. Whilst the removal of these questions makes the job of those looking to defend the status quo and stop meaningful change (that’d be the state and it’s police and intelligence forces) harder, it doesn’t make it that much harder. We need to do all we can reasonably do to make their job as hard as possible, because there job is to ensure that our movements are either crushed or pushed into ineffectual strategic dead-ends.

Firstly. If you want to change the world, you are a threat. Movements aren’t targeted by the state because of how criminal they are or how violent they are, but because of how effective they are. Pacifists have been beaten, peaceful demonstrations attacked by police, law-abiding citizens arrested then charged on trumped up charges or released with none, entire protest marches have been subject to mass arrest, kettling, stop and search and more. You do not have to EVER commit a crime to end up on a state database of ‘domestic extremists’. The fact you have stated you aren’t willing to risk arrest, far from a measure of protection from the police, may be seen as a vulnerability they exploit. Threatening you with prison when you have revealed you seek to avoid it. Likewise, if you are willing to be arrested and imprisoned for your beliefs (as a risk or certainty), being known to the police comes with plenty of other risks.

Whilst these risks may sound far fetched, literally all of them are things that have happened to myself or my friends after we were identified as activists. Police can show up at your door at any time, either for a friendly chat and the hope you’ll give them more information, or as a campaign of threats and harassment. They may wake you up in the middle of the night, take your phone and laptop, or search your entire house. They can show up at your workplace, speak to your boss about the ‘risk’ you may pose as an ‘extremist’ and attempt to get you fired. They might approach you when you are vulnerable after an incident of trauma, in order to pump you for information. They might stop you at the airport under counter terrorism legislation, and hold you for hours without the right to remain silent or to have a solicitor present. They may bring up friends and family up in conversation as a threat, or contact them directly. They may approach you and try and ‘softly persuade’ you to give them information, perhaps turn in the ‘bad apples’ in your midst. They may approach you and attempt to persuade you less ‘softly’. You said you don’t want to go to prison right, well maybe that is now a threat. Or you said you don’t care about prison, but can those close to you say the same? Hey they just want your help, and they can certainly help you, maybe they’ve spotted the debt your in, or those pictures you’d rather be kept quiet… 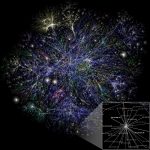 modern intelligence is all about connections

…OK I’ve probably done about as good a job as I can do in scaring you, or at least persuading you that it may be in your strategic interest to deny the state as much data as you can. (By the way, here’s a whole guide on doing that in a more general sense). Big thing though, this is not just about you. The intelligence services do not rely on a simple list of ‘potential rebels’. They map out connections. Who do you have on Facebook, what other groups are you in, which places do you frequent, whose phone GPS is near yours a lot, who are their friends, where do they go. The result isn’t a list, it’s an all encompassing web. Now, I want you to think of that person who wants to join a rebellion, but can’t risk arrest. You probably know someone who fits this description, if not do your best to imagine. Maybe they are the sole carer for a child or other dependent. Maybe they could loose the job they need. Maybe they are a migrant who could face deportation. Maybe they are a person of colour or trans and fear the additional violence from the police and prison system they risk as a result. Whatever their reasons, you respect them enough to not deliberately force them into a situation where arrest, or prison, is likely. But what if a number of people suddenly pop up in the web of data the state keeps, and these people are part of the same groups as them, go to the same places, talk to the same people. Through no action on their part, this person may now find themselves with the unwanted attention of the state.

It’s not just people you have direct contact with either. All of us who want to rebel, who want to change the world, who just want to resist the destruction of our own lives, we’re all put at risk. So maybe, just maybe, we should make this all a little bit harder for the state, and not present them with a Google hosted list of potential rebels to investigate.

-This is written by me as a single AFed member, and whilst I’ve heard similar views from those I have spoken today in AFed (and in Rising Up/ Extinction Rebellion for that matter), I can’t pretend it’s the view of the ‘fed as a whole, and wouldn’t want it taken as such.

If you want to find out more about policing head over to netpol.
If you want to know what AFed thinks about capitalism, the environment and how we can save it, see our new pamphlet.
Finally, if you’d like a longer analysis of how the state and media represses or co-opts protest movements, I highly recommend you pick up a copy of How Non Violence Protects The State.
To view the Pledge as it appeared earlier see this screen shot.
If you want to bring down capitalism and save the planet, get out into your community, go to a protest, plan a secret action, challenge those in power, talk to your friend, join a union, and maybe drop us an email.

Tags: environment, extinction Rebellion, police, security, XR
← Brexit and workers – what’s the score?
Their Brexit, Our Lives and Our Planet →
Skip to content